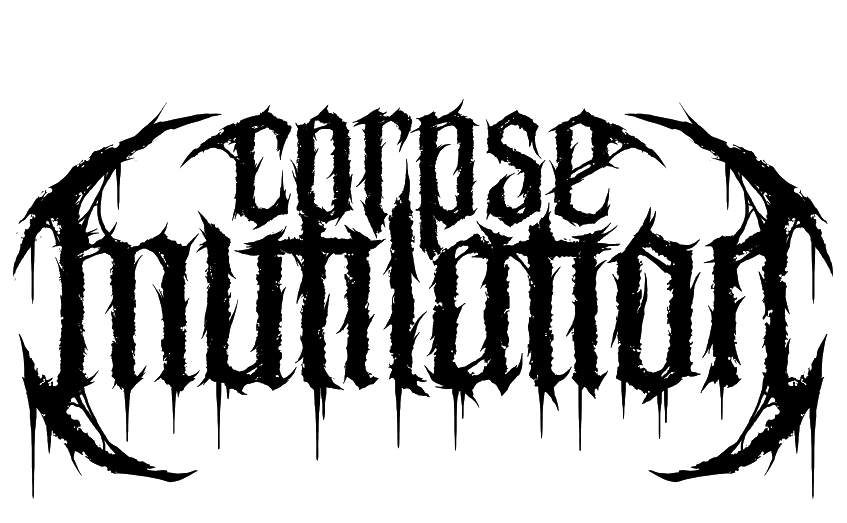 Please introduce yourself.
I’m Danilo, drummer with Corpse Mutilation for approx. 2 years now. I love being in the band. For me it all started out as a simple hobby, but now I’m really going for it and we’re trying to get our name out there as much as possible. I never thought when the others first asked me I would end up loving this band so much and love doing what we’re doing!

When your band was created?
Corpse Mutilation was created in October 2009 with 3 friends who shared the same genre and passion for metal music. Thijs took care of the vocals, Wannes guitars and Sander mutilated the drums like no other! After a few bass players, Anthony took care of that part, and due to loss of interest from Sander, me, Danilo took over the drums. Now unfortunately Thijs decided to hand over the mic to someone else. We’re currently still looking for someone who has what it takes to replace Thijs. In the meantime Thijs will still join us on shows etc. until we found a suiting singer.

What the style do you play?
We don’t really like to label our music in some genre, since we’re really just playing what we love to play. But if we do have to put a name to it I guess we can say it’s Death Metal / Deathcore.

How could you describe your music by several words?
It’s brutal and fast, but on the other hand it’s atmospheric and slow.
Just see it as brutal, rip-yer-face-off, death metal with stomach-pounding breakdowns and bang-your-head-off riffs.

What is the main theme of your lyrics?
We don’t really like to set up a main theme for lyrics. We just want to be unique in what we do. This also means be unique in the lyrics we write. Don’t just write like every other Death Metal band about the classic zombie stuff, dead rotting people etc… Ofcourse, we still play death metal so there are some themes like that. But if we really have to name a specific theme I would say it’s mostly about the hypocrism of the government + religion in our country. We all know the priests have laid hands on the children who didn’t dare to tell people about it. So we like to help and be their voice and spread it to the masses.

What would you like to achieve with the band activity?
We would really want to get our music out there as much as possible. We love what we do, and it’s because of every metalhead that we get to do what we’re doing. Therefore, thank you to everyone reading this. But mainly our goal is really just to share our music, that we put our hearts and souls to, with as much people as possible. We just hope people love what we do and one day we can say: “Damn… We’ve seen ups and downs and came a long way. But looking at this now, we really made something we can be proud of.”. It would be cool to know if you went somewhere and talk about Corpse Mutilation they’re not like: ”Who the f*ck is that?”.

How many gigs you have played so far and maybe you visit another countries with concerts?
It’s hard to put a number to it but I’m sure it’s 50+. First we had no intention what so ever to play live. It was just a ‘fun-project’ we started. Until the end of 2010 we did 2 shows and eventually decided in 2011 to really start playing live. We’ve had a lot of trouble finding a suiting bass player which made it hard to find shows troughout a long period. The problem is it’s hard to find shows or people willing to organize shows. But we used that time to record our first CD ‘Retaliation of the Suppressed’. So it’s not that we wasted that time… We’ve played some shows in Holland and we’ve been to the UK in 2012 and are returning this year in June. If all goes well we’re going to Switzerland in July and in September we got a 6-day Europe tour as main support coming up. So we’re doing good so far!

Is there anything very important about your band what SHOULD know fans and labels?
We’re really passionate about what we do. We couldn’t imagine a day without ‘Corpse Mutilation’. We love making the music and we love to play it for you guys. When we are on the stage or in our rehearsal room or in the studio, we want it to be perfect! We might take some time to release new songs but we always say it’s better to release something we’re proud of and the fans love to hear. We just hate to release something we think is okay but people won’t be amazed about what they hear.

What the formats you would like to see your releases, CD, Vinyl, Tape…? And how do you see future of physical releases?
Any would be great really… We’d be the happiest guys if someone even wants to put it on any format. But I guess vinyl would be cool! Still CD is the most sold item. Sadly I don’t see a bright future for physical releases with the internet and all sorts of digital platforms these days. We are all still guys who really love a physical copy. It’s always fun to take a minute to read the booklet inside and enjoy the actual case with the artwork. Don’t forget people put a lot of time in things like that. I think it’s only natural you put out some respect for that. But ofcourse, then again the internet is a good way for bands to promote their music. So don’t get me wrong, I also think this is a very positive thing. Still, I don’t believe their will ever be an end to physical releases, whatever the format will be in the future…

When you will get label deal, would you like to help to the label with promotion from your side, or you want label do all without your help?
Ofcourse we would help. We’ve done all this by ourselves already. We just couldn’t stand handing it all over and don’t have to do anything anymore. We had to work a lot to get where we are now. This doesn’t mean when we get a label deal or anything we don’t want to work for it anymore. It is and it remains our passion. So the more we can get involved the better!

What’s your reaction towards negative opinions about your music?
We don’t see any opinion or critics negative. It’s just how you see it. Every negative opinion is an honest opinion. These are the things where we learn from the most! When people just say: “It’s good.” If they mean it, that’s great. But if they don’t, well why bother saying you like it? Grow a pair and be honest! At least let us learn what we can do better. Everyone has the right to their own opinion. Just don’t come up and say: ”It sucks.” And when we ask you why, you just say :”Just… Because…”. That’s simply lame. But every clear and honest opinion, negative or positive, is always welcome!

And last question, how do you like our webzine, do you have some remarks towards its look or functionality?
I really like that people like you, give us a chance to promote ourselves. Therefore I want to thank Antichrist Magazine for this chance they’re give all of us. The webzine looks great. It’s easy to find your way around the webzine and I don’t have a hard time finding the things I want to read. Also it’s not your standard black looking metal website. So that’s a good thing too. I hope Antichrist Magazine may have a lot of successful years in the future!
http://www.facebook.com/CorpseMutilationBE 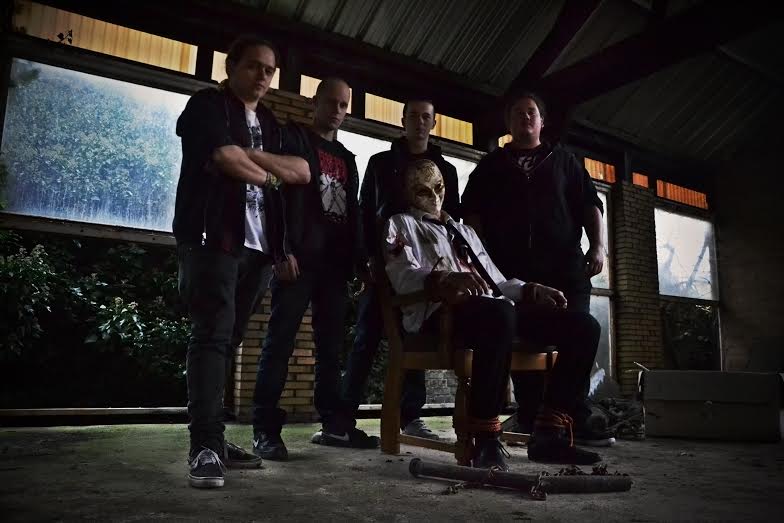 Corpse Mutilation was started in October 2009 with 3 friends who shared the same genre and passion for metal music. Thijs took care of the vocals, Wannes guitars and Sander mutilated the drums like no other! After a few bass players, Didier joined in april 2011 but had to quit in 2012 due to lack of time. Finally after a couple of months and a lot of different bass players we found a suiting bass player to take over the bass, Anthony. In 2013 we decided to record a MCD and things were all going well, but then Sander decided to quit the band and he got replaced by our current drummer, Danilo. Also we released the MCD and things are starting to go smooth. We recently recorded our first professional videoclip for the titletrack of our MCD – Retaliation of the Suppressed. We also got an interview for 2 local radiostations (Quindo – Kortrijk + Slaïp – Mouscron) and a well known magazine in Belgium(Rocking Ink). As well as a nice review on an online portal for music called ‘Snoozecontrol’. The future for Corpse Mutilation looks bright. We finally have a solid line-up, working hard on new songs to record a full CD and we have some nice shows across the borders luring around the corner Behold, as the mutilation is spreading fast!