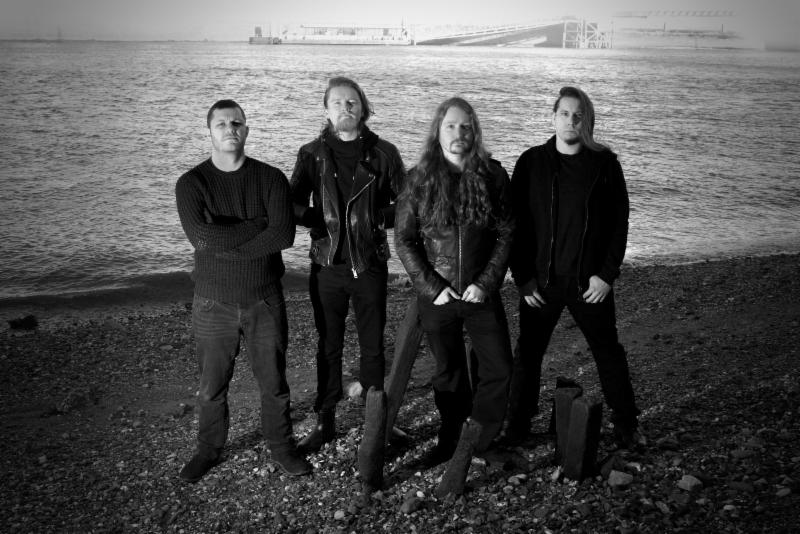 Germany’s Ván Records is proud to have London-based epic black metal sect, CROM DUBH, a part of their ever-expanding roster, as the band’s debut full-length album Heimweh is released onto the masses.

Merging melodic yet merciless black metal with folk and post-rock influences, CROM DUBH’s debut full-length, Heimweh (meaning homesickness), continues the narrative of the band’s 2010 EP, Deifr, in which the gathering and dissolution of a great river operated as a metaphor for the rise and fall of nations and civilizations. Heimweh follows a similar narrative, albeit with a focus on the life of the lone individual within this tumult, following a traditional cradle-to-grave progression throughout the course of the album that runs parallel to Hesiod’s five ages of man. The album handles themes of loss, ruthlessness, nostalgia, exile, and death, thinking on the journey ahead and the way home.

CROM DUBH was formed in 2003 by M. Beonetleah (Craven Idol), S. O’Fairdehaigh (Disfago), and Xavi (El Punto Devil). A rehearsal demo was recorded in 2003, and the Damnation Upon Us demo was recorded in 2004. Ro (Grave Miasma, Cruciamentum, Destroyer 666) joined to record the Fallen Sons demo in 2005. Xavi and Ro left to pursue other projects, and A. Haege joined on drums. CROM DUBH recorded and released the 2010 EP, Deifr (Ground Zero), as a three-piece, before being joined by S. Vrath (Scythian, Craven Idol) and A. Von M (Scythian). A. Von M played live with the band on several occasions before leaving the band on good terms.

The second movement from Heimweh, “Cutting Teeth II,” has been released via Ván Records’ SoundCloud page: