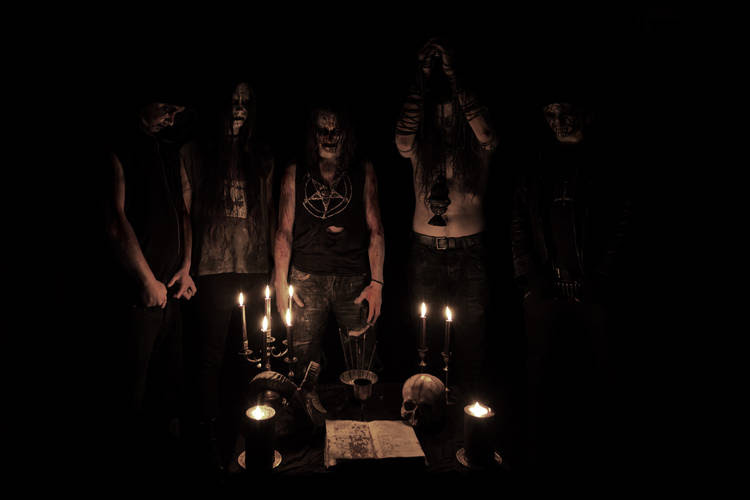 Fast-rising German black metal cult Dysangelium premiere the new track “Ave Obscuritas Incarna” at Decibel magazine’s website. The track hails from Dysangelium‘s highly anticipated debut album, Thánatos Áskēsis, set for international release on December 24th via W.T.C. Productions. As prefaced by the critically acclaimed Leviaxxis demo earlier this year, the sound of Thánatos Áskēsis can rightfully be described as tyrannical: swift and strategic, roiling and rumbling, surging and striking, Dysangelium exude a startling confidence and authority beyond their young years as a band. The nine songs here righteously uphold the banner of orthodox black metal, but the Teutonic quintet work in a dazzling array of dynamics and nuance, especially in the unique, authoritative throat of vocalist Sektarist 0: it’s literally the mouth of HELL, and his bandmates follow suit with incendiary performances and muscular execution. Even the song titles – among them, “Gateways to Necromancy,” “I Am the Witness, I Am the Servant,” and “Words Like Flames” – back up these claims. Soon enough, Dysangelium‘s Thánatos Áskēsis will be spoken of as a momentous record in the pantheon of pure-and-proud black metal. Hear the first evidence for yourself exclusively HERE, courtesy of North America’s only monthly metal magazine, Decibel. Cover and tracklisting are as follows: 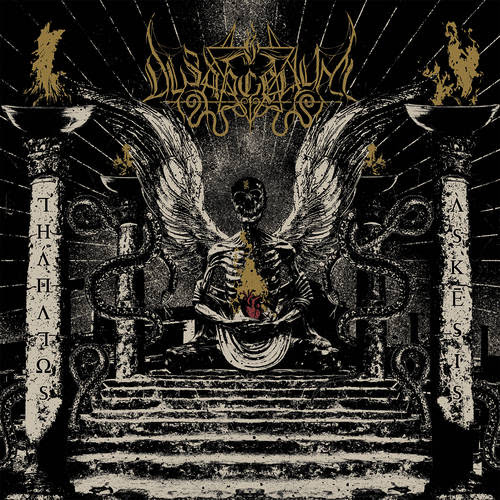 #####
We run magazine with no ads. If you really would like to support Antichrist, you can just Share our article.
You can also support Antichrist by sending a couple bucks to cover some webhosting expenses.
1. Consecrated By Light
2. Words Like Flames
3. Obelisk Of The Sevencrowned Son
4. Chaomega
5. Aries
6. Gateways To Necromancy
7. Murmura
8. Ave Obscuritas Incarna
9. I Am The Witness, I Am The Servant