Home
News
FUNERARY’ debut will see the light on July 17 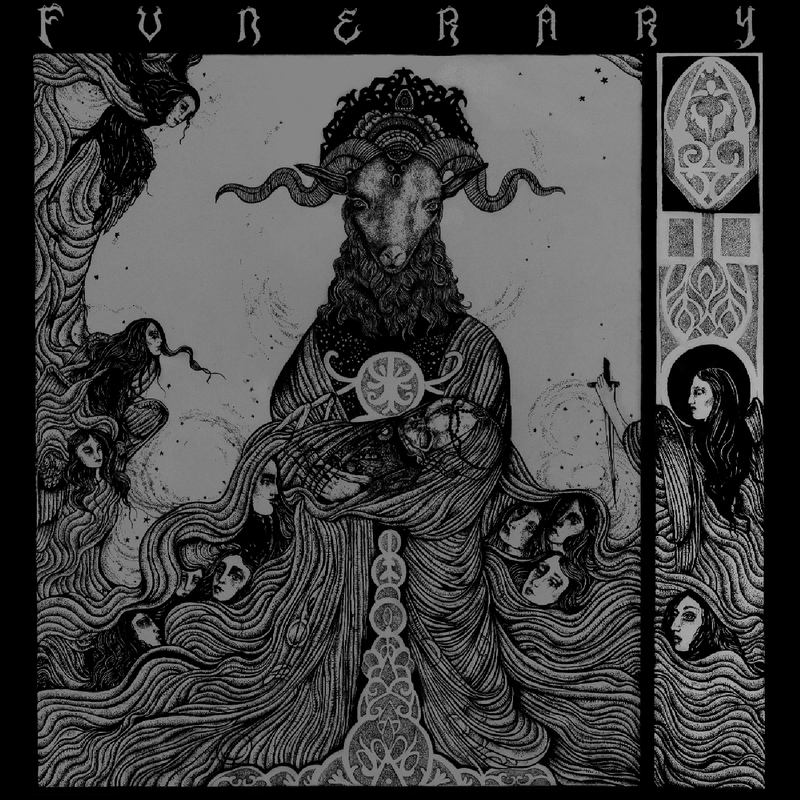 San Francisco Bay Area darkness-obsessed DIY indie label Sentient Ruin Laboratories is extremely honored and excited to announce the proper release as both digital and physical formats of Starless Aeon, the crushing debut album by Arizona sludge / funeral doom misery machine Funerary – not a band, but a monolith of dreadful dismay, a pit of depressive sonic horror that Roadburn itself has defined as

“the perfect soundtrack to those bad days where everything goes wrong and you become hopeless; those days when you find yourself swimming in the ocean of sadness and sinking into an abyss of despair; the days where you struggle to cope with life.”

Starless Aeon is monster album and one of the finest hours in current US extreme doom metal. The album is the culmination and then collapse of a vision of reality that is so bleak and hopeless that the album literally feels like a slimy void that seems impossible to crawl out of and that to the opposite breathes and ripples in a daunting sonic collapse, sucking you in even deeper into its bleeding and moribund sonic hell. Erected by the sheer force of an unimaginable pain, this album is an absolute must listen and possession for any fans of bands like Corrupted, Mournful Congregation, Evoken, Pallbearer, Yob, Sunn O))), Thorr’s Hammer, Grief, Moss, Bell Witch, Unearthly Trance, Esoteric and other such pioneering and revolutionary extreme doom bands, and a work which is encased in a colossal cocoon of unchallenged destruction, immeasurable heaviness, unparalleled vision and fathomless imagination.

This rising force in the US doom metal scene will soon see their debut album – the inhumanly heavy and dismal Starless Aeon – released as an extremely high-craft, hand-made, limited edition cassette tape and as a digital product by Sentient Ruin on July 17 2015. A 12″ vinyl LP of Starless Aeon is also scheduled to be released through Germany’s Vendetta Records around the same time.