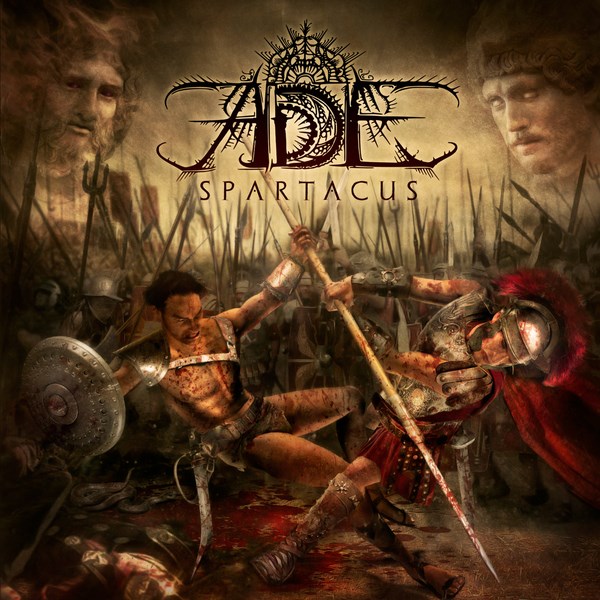 This is truly an EPIC modern death metal album!!! Every song on this album is unique and I love the ancient Roman instruments that are played during the brutal songs. The vocals are very brutal and powerful that they should give the vocalist his own legions so that he can lead them to war. And to make things more interesting, George Kollias (Nile) does the drumming on this album. His drumming is amazing with lots of intricate patterns, as would be expected from him. The guitar work on this album are nicely done with some killer guitar riffage. ADE is a death metal band from Italy and Spartacus is their second full-length record. As the album title already suggest the songs are about Greek and Roman history. Like I wrote in the beginning, every song is distinguishable ( that is not easy to be done on a death metal record). I love the choir singing in the song, Duelling the Shadow of Spartacus with the amazing guitar solo after the Roman instrument or the choir singing in the beginning of the song Six Thousand Corpses before the carnage begins. Decimate The Cowards and Divinitus Victor are brutal songs with insane guitar riffs and drumming with nicely mixed Roman instruments that will surely decimate the listener. The only complain that I have is the ugly album cover. This album deserves an EPIC cover, not this awful looking cover that looks like it was made by an amateur or a kid. Aside from the disappointing cover ‘Spartacus’ is an amazing death metal album. A word of caution: ADE is not responsible for the loss of limbs during the listening of this record.