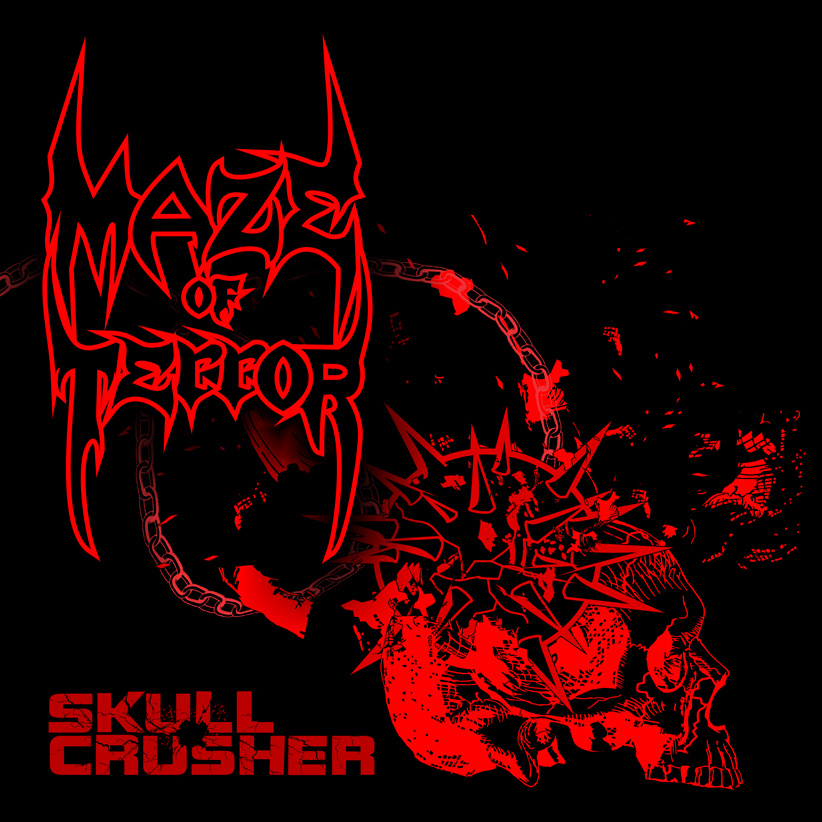 It seems that nowadays great metal bands are appearing all around the world where you least expect it. Maze Of Terror is a band from Peru and they play raw thrash metal in its most purest form. The production, vocals and the songs sounds like Slayer era “Show No Mercy” or Possessed (Seven Churches). This EP is very deadly with a lot of lethal riffs. I love the vocal shout outs during the songs that seems that they are coming from a very dark and hollow place. Each song on this EP is about 5 minutes long, but to me they feel about 3 minutes because the songs are so sweet and violent that you will keep head banging until the last killer riff. “Damned To Eternal Pyre” is a perfect opener that gets your blood pumping. The second song “Hatred and Repression” is a perfect example of how  thrash should sound with shrieking vocals and insane solos. “Lord Of Destruction” is a destructive thrash song that puts you right into the battlefield. “Rivals” is swift and deadly and you feel the song pierce right through your heart. In the coming months Maze Of Terror will release their full length album and what I have heard from the two new songs “Violent Mind Of Hate” and “Lycanthropes” it will be a violent and life-threatening  thrash album. This EP made me hungry for more and I cannot wait for the full length album.

Thrash metal commando ASSASSIN is back, and will