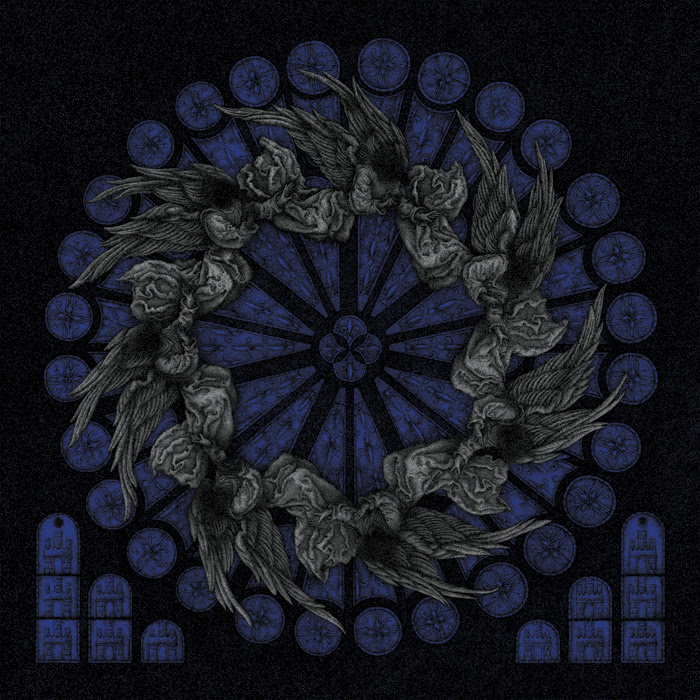 French black metal trinity, VI, made of current and ex-members of Aosoth and Antaeus, have revelaed details concerning their long-awaited debut album. The opus is entitled “De Praestgiis Angelorum” and will see its release on September 25th via Agonia Records. Premiere track off the record is available for streaming now:

The line-up of VI is shaped by INVRI (Aosoth, ex-Antaeus) on guitars and vocals, BST (Aosoth, ex-Antaeus, ex-Aborted) on bass and Blastum (ex-Aosoth, ex-Antaeus, Merrimack) on drums. Their forthcoming full-length material bestirs within the characteristic black metal niche developed by the said bands, with the addition of expanded guitar work, choirs and subtle sample parts. VI describes their music as “extreme, devoted black metal with illuminated chaos”.

VI was formed in Paris (France) in 2007 as a main project of Aosoth’s bass player INRVI (who took on guitar and vocal duites in VI). With the help of his long time comrade BST (also involved in Aosoth and The Order Of Appolyon), they released a four-track EP called “De Praestigiis Daemonum” under Debemur Mortii banner. Shortly after, VI found its drummer, Blastum, who worked and still works with bands such as: Antaeus, Merrimack, Aosoth and Ritualization. Together they recorded a split EP with Aosoth, “Angels Falling Down”, in 2010. More news on their debut album “De Praestgiis Angelorum” will follow soon.

The band is recommended for fans of Deathspell Omega, Funeral Mist, Aosoth, Ascension, Svartidauði and Antaeus.