Minnesota Death Metal Machine INCINERATE will join INTERNAL SUFFERING and NEUROMA next month for the Eradicating Europe 2015 Tour. INCINERATE will be touring in support of their upcoming Comatose Music release, Eradicating Terrestrial Species, an album that Two Guys Metal Reviews states, “will grind you into dust and inspire you to look at death in a strange and enlightening new way.”

For a taste of the brutality INCINERATE has delivered with Eradicating Terrestrial Species, check out the promo video for album track “Unable to Ascend” here: 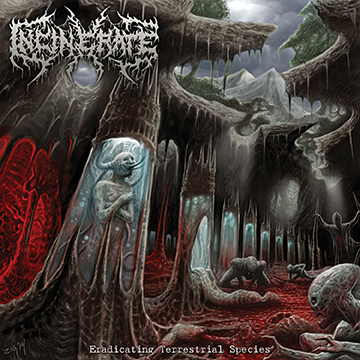 Eradicating Terrestrial Species will push the boundaries set by 2008’s Anatomize, yet stay true to the traditional INCINERATE sound with mind-bending ferocity. Conceptually the album is science fiction meets the absence of faith in religion and will prove to be INCINERATE’s most involved and accomplished musical endeavor to date. New and old fans alike will not be disappointed and should expect a more mature and evolved INCINERATE.