As previously announced, J. D. Overdrive, a southern metal band from Poland, return this Spring with their brand new studio album.
The release of “The Kindest Of Deaths” is planned for April, 13th in Europe and May, 5th in North America (via MVD). Lyric video to the track “Wreckage, Part II” is available here:

“For the last two years I have been indoctrinated by our vocalist to listen to such great bands as High on Fire, Clutch or Kongh. Then there are a few discoveries I’ve made on my own, like Planet of Zeus or Red Fang. I think people will hear those inspirations on the new album. But in the same time we’re making the same music we did before and having a blast while doing it, so we haven’t really lost our old identity. Although I do hope we’ll manage to surprise a few people with the album’s sound which in our opinion is just amazing. The songs sound very live and organic… whatever that means (laughs).”

“Everything in our band is dictated by chance and the title of the new album is no different. To make things funnier, while personally I hate it when bands call their albums the same way as one of their songs, it was me who made this suggestion. ‘The Kindest of Deaths’ is a track that really stands out from the rest and is absolutely overwhelming. When the concept for the cover artwork emerged (which was a perfect match for the title) we knew we made the right choice. The cover itself, designed by Maciej Kamuda, is amazing – totally not our style but yet perfectly reflecting the album’s dynamics. In our opinion the new record will be a great continuation of what we did before. It’s still JDO but we managed to squeeze in a couple of fresh ideas as well which will hopefully result in an engaging listen. And the sound that Stempel mentioned – man, we never sounded better, period (massive thanks go out to Haldor and Satanic Audio). But don’t take our word for it – soon the music will speak for itself…”

The album was recorded, mixed and mastered in Satanic Audio Studio with Haldor Grunberg as a producer. 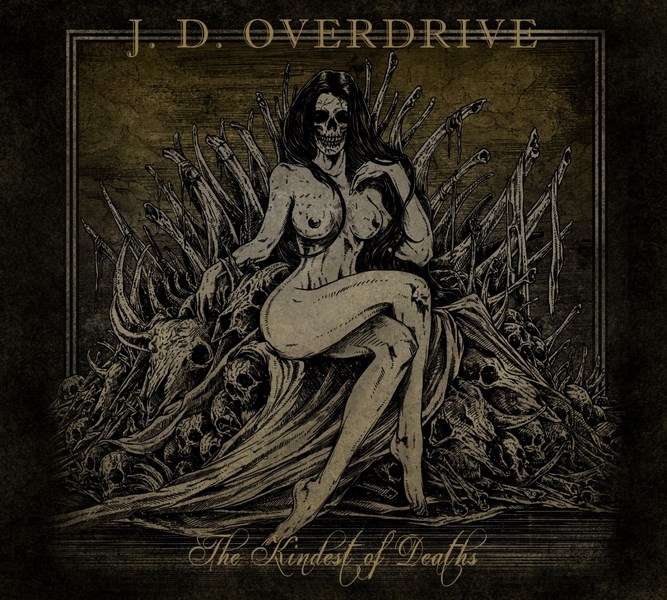