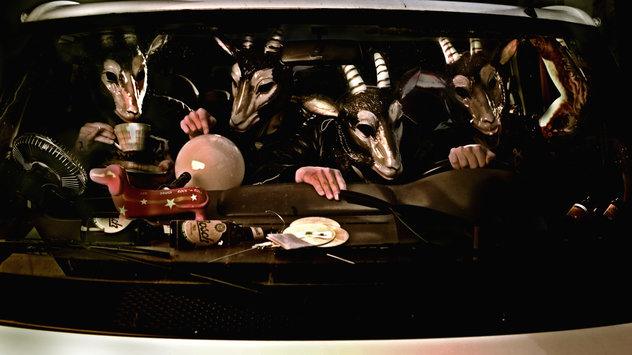 The German grindcore goats MILKING THE GOATMACHINE just released the first song “#Idiot” from their upcoming studio album Goatgrind , which will be released June 26th via NoiseArt Records.

“#Idiot is a very emotional song for us, full of love, hate, sadness and madness. It isn’t about fiction persons, it is about real lifeforms from our personal environment. With this song, we want to thank people (or not) for their loyalty (or not!)!”

With their new album “Goatgrind” the band have reached a new level. An album made to measure. It’s brutal, it’s hard, it’s pure grindcore! The production runs against a wall of guitars, goatdowns, moshparts and grind. A slaughter fest of Grind/Death with a breeze of madness – the trademark of the Goats!