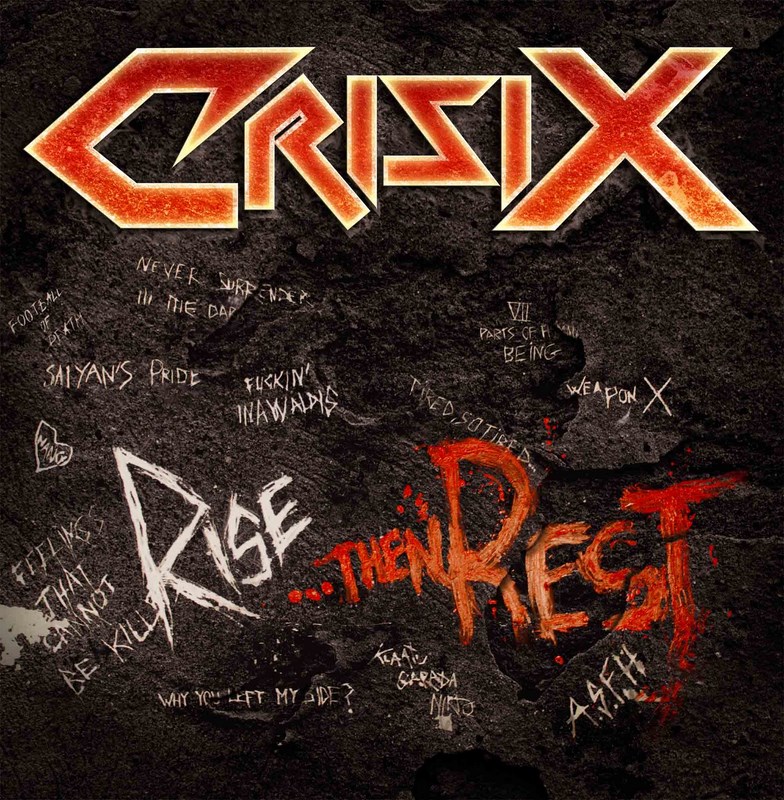 Well this is a fun thrash metal record to listen to. These guys let their imaginations run free during the songs. The songs are very creative and there is no limit to it. A song can begin slowly, and then it gets funny and suddenly very aggressive with furious soloing and finally going back being funny. All of this in one song and it is VERY WELL DONE!!! The vocals are crazy too. One moment it is your typical thrash vocals, and then it gets funny or weird and suddenly this guy goes screaming his lungs out. Crisix is a trash metal band from Spain and “Rise…Then Rest” is their second release. The first song begins with a kick in your face which is funny because the first song is appropriately named “I.Y.F.F” (in your fucking’ face). The lyrical themes on this record are about society, movies or the thrash scene (“Bring ‘Em To The Pit”). “Frieza The Tyrant” is a very cool song about Dragonball Z. It begins with a Dragonball Z intro and goes nuts after that. “Volcano Face” is such an insane song. These guys went all out on this song. The song begins with a really cool bass intro and explodes into a no holds bar aggressive song with deranged vocals and frenzied guitar riffs and solos.  “Rise…Then Rest” is a tight and energetic thrash album that is worth checking out.