Jeffrey “Jeff” Walker – bass guitarist and vocalist from Windle, St Helens, UK. He is best known for his work with the death metal / grindcore band Carcass for which he is also the main lyricist. Before Carcass, he played in the punk band Electro Hippies. After the demise of Carcass, he went on to form Blackstar with two former Carcass bandmates. In some territories the band was called Blackstar Rising.

In addition, he made cover artwork for a few albums, including Scum by Napalm Death. He is also credited for the cover art to the cult Axegrinder album Rise of the Serpent Men. He also designed Diamanthian’s (a Liverpool based death metal band) logo, as well as producing their debut album.

Whilst in Liverpool, Walker was well known amongst radical activists, especially for his work as a hunt saboteur.

Jeff along with Bill Steer ran the short-lived record label Necrosis, which was an imprint of Carcass’ label Earache Records and that signed bands such as Norwegian group Cadaver and Repulsion from the USA. Jeff Walker also reputedly painted the cover of one of the editions of Repulsion’s Horrified.

Walker also appeared in an episode of the science fiction comedy Red Dwarf. He performed as ‘Gazza’, a ‘neo-Marxist nihilist anarchist’, the bassist of the band ‘Smeg and the Heads’ in the 1989 episode “Timeslides” along with Carcass bandmate Bill Steer as the “whacked-out crazy hippy drummer” ‘Dobbin’.

A solo album, Welcome to Carcass Cuntry, was released on 9 May 2006 on Fractured Transmitter Records under the moniker Jeff Walker Und Die Fluffers. The album consists of covers of country/blues songs with a metallic twist. Various guest appearances on the album including former bandmates Ken Owen and Bill Steer, as well as members of the band HIM.

Walker appeared as a guest singer on Napalm Death’s The Code Is Red… Long Live the Code album, on the track “Pledge Yourself to You”. He has also worked with This Is Menace, singing on the tracks “Onward Christian Soldiers” and “Pretty Girls” while also supplying vocals to Mnemic’s “Psykorgasm”. He has appeared live with the Finnish grindcore band To Separate The Flesh From The Bones.

He is currently touring with the reformed Carcass, who made an appearance at Wacken Open Air. His bandmate Bill Steer hinted in a recent interview that a new Carcass album could be possible. 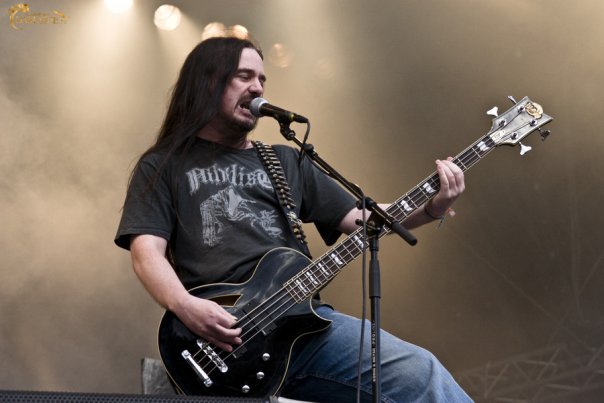