Exact Division Be Fair If You Can
Nocturnus Records

An album Be Fair If You Can from Ukrainian band Exact Division is a first LP for the band. Earlier all members played in a band called Exile, which was created in 1992 and split up in 1994. After resurrection in 2012 the Exile changed its name and began to record and to release the music.

An opener “Taking It Black” giving a mood for the whole album: fast paced, with vocals that balance on the thin line between extreme and clean and sonorous guitar playing. It passes to the next song “Live Online”, which has very actual theme for modern people. But when the third song “The Deep” sounds exactly like two previous (by the way, this song also was at the band’s previous release), well, it gets boring. The listener wants some develop, some culmination. But Exact Division offers to continue in the same way. Ok, let’s listen to the album.

It’s important to highlight the song called “War”. It has some interesting patterns and good lyrics. This song and the next one “Dead Soldier” are great pieces, so let’s get to the “Gold” song, which finally gives some diversity. Listening to this track I realized what disturbed me almost half of the album. Vocalist’s voice sounds inextricably. This correlates to the genre, but it doesn’t sounds organically. I mean, it’s like on the wet ground suddenly some flower withered without any reason.

Next two songs are quite similar with previous. So I’ll talk about two last tracks “Legend” and “Crusade”. They are remembered as a “Dirt Jumper”. Also there are a lot of clean vocals in the last track, which, frankly speaking, done better by the vocalist unlike “base” vocals.

Exact Division’s first LP, for my sorrow didn’t became something bigger than one more heavy metal album in 2017 for me. Be Fair It You Can demonstrates the band’s potential, but doesn’t unlock it. 11 songs done in one genre with close topics look very uniformly. The band sounds qualitatively and solid, but there is a lack of zest, which is every musician need to find. 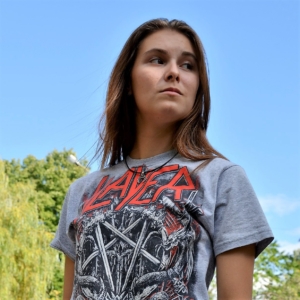