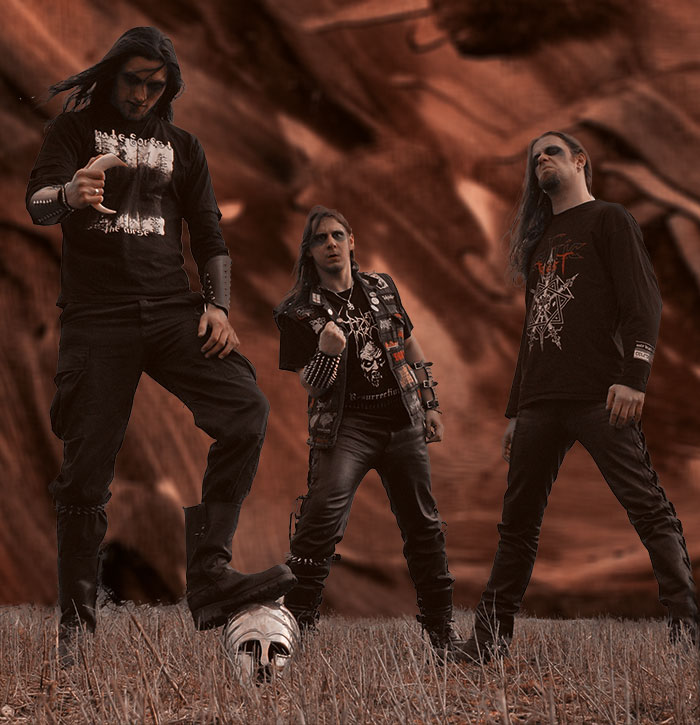 Maverick UK death metallers Scythian reveal the cover and tracklisting for Hubris in Excelsis, the band’s highly anticipated second album, to be released later this year by Hells Headbangers. Painted by esteemed underground artist Blanka Dvorak, the cover art (as well as interior art) to Hubris in Excelsis is rich with imagery influenced by morbid, dystopian sci-fi and resonates with the album’s latent lyrical themes. Six images have been created in total, and all will grace the layout of the album, which will be released on CD and vinyl by Hells Headbangers, with both the CD and 12″ gatefold vinyl (with poster) formats having their own unique respective layout. Such devotion to the totality of the album experience is symbolic of Scythian’s coming of age here, with Hubris in Excelsis exhibiting a startling maturity in both sound and vision. Cover and tracklisting are as follows: 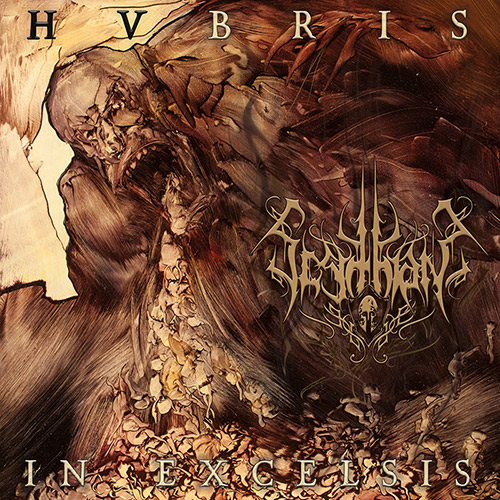 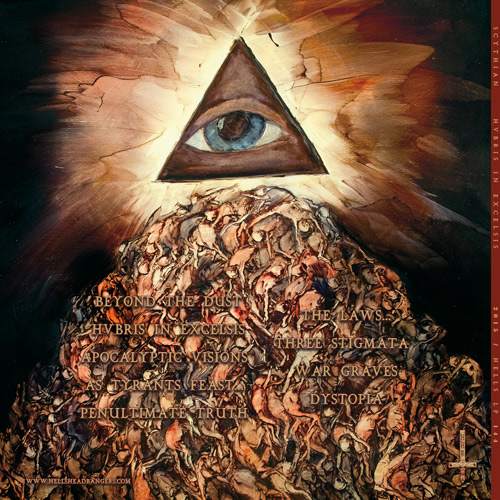 Recorded and engineered by Greg Chandler (Esoteric / Priory Studios) and mastered by Leon Macey (Mithras / Dreaming Studios), Hubris in Excelsis marks the transformation of a little-known UK band into a serious contender. Heavily inspired by apocalyptic science fiction, morbid poetry, and the unlikely mix of Sodom, Bathory, and Angelcorpse, Scythian have taken yet another stride into unknown territory. “The name Scythian was never meant to chain us to a singular period or people in history,” says frontman S. Vrath. “We regard it as a metaphor, a connotation to a fierce and untameable spirit. With Hubris in Excelsis, we dive ever deeper into the essence of this force – into the metaphysical and beyond. Scythian is not about standing still; it is about discovery – hubris – and the fatally impending nemesis.” “This is the album that almost killed us,” adds founding guitarist A. Von Moller. “Against the tides of trend and adversity, we created a work that would represent our own battles and our music as we wanted to hear it. We’re proud to return with nine punishing anthems and tales of human folly – Hubris in Excelsis.”

Billed as one of the top underground releases of 2009, the band’s To Those Who Stand Against Us debut dragged Scythian kicking and screaming from obscurity and earned them recognition in the international scene. After a split EP with Greek black metal legends Kawir, Scythian signed a two-album deal with Hells Headbangers in late 2014 – the first UK band to be on their permanent roster. Release date for Scythian’s Hubris in Excelsis, as well as first track premiere, to be be announced shortly.