Despite a history spanning over two decades, iconic Norwegian Black Metallers TAAKE have never previously toured in North America, but that is about to change with the band set to headline their first ever tour of the continent in June of this year. Joining them on the thirteen-date tour will be US bands WOLVHAMMER for the whole tour, and YOUNG AND IN THE WAY for selected dates. Routing as follows:

With their signature Helnorsk Svartmetall sound, which succeeds in staying true to its Black Metal roots , whilst at the same time providing a freshness and originality that is all too often lacking today, TAAKE has risen to iconic status not only in Norway, but world-wide. Founder Hoest has proved time and again that his reputation as one of the best frontmen around is more than well-deserved.

“Stridens Hus”, the band’s sixth-full length, was released on Dark Essence Records at the end of last year, and in the same year TAAKE also released the four-track “Kulde” MCD on Svartekunst Produksjoner and limited to 700 copies. 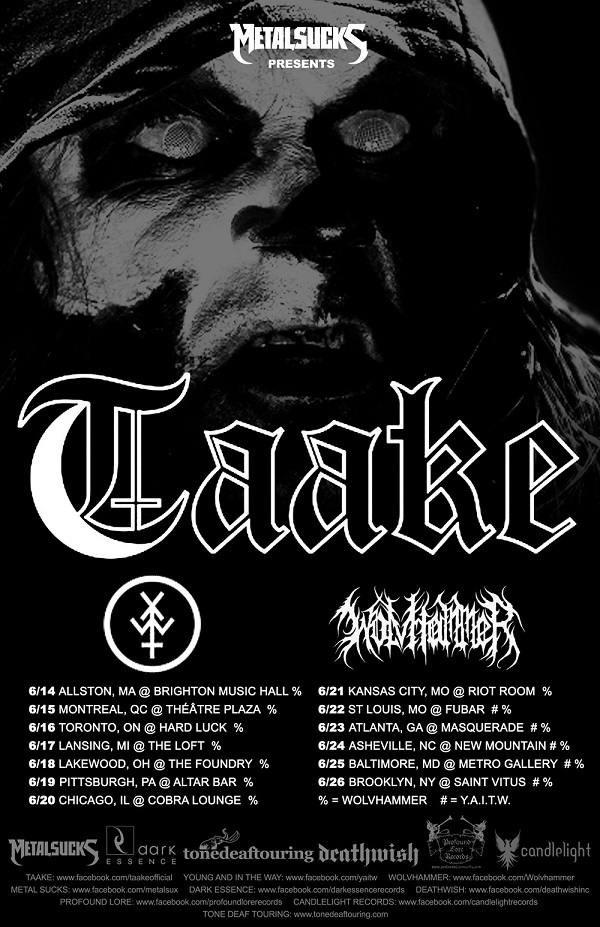