Interview with Alkhemohr, the bass player of the French/Dutch Black/Death metal band. 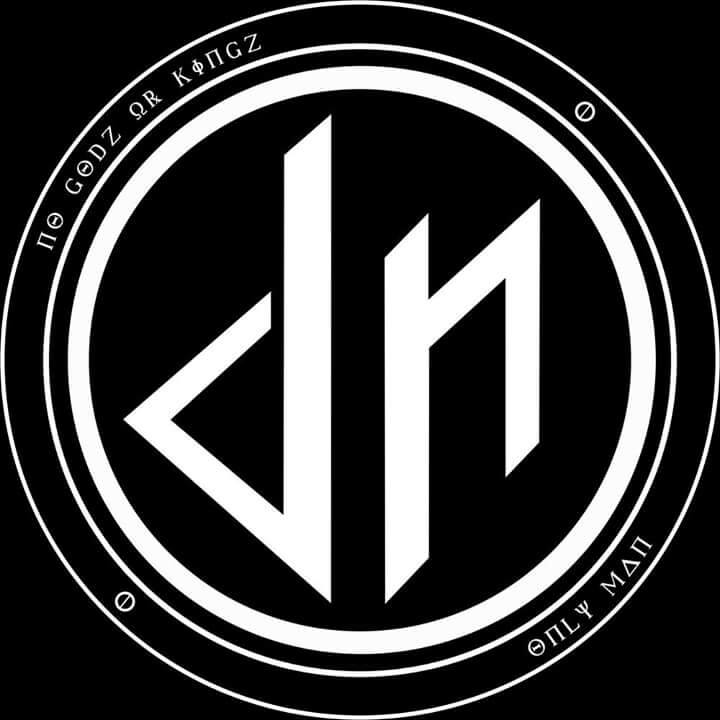 Hello Alkhemohr, how are you?
Alkhemohr: I’m fine! We just came back from our east-Europe tour a few weeks ago and actually work on new projects for the band. We will be present for some new shows in september and october and will burn the stage with bands like Carcass, Panzer, Entombed AD, Rotting Christ, Tankard and Benighted so… yes I’m quite fine.

Tell me when DunkelNacht was formed.
Alkhemohr: That’s a difficult question because DunkelNacht was a one-man band at the beginning and the music was really different. So I think we can speak about DunkelNacht as a serious and real metal band in the year 2007.

First debut album was out in 2010 entitled ”Atheist Dezekration”. Tell me about it.
Alkhemohr: This is a Black Metal album, melodic and fast. Only Heimdall and myself are still present. This album was a great pride for us and a good name card. Indeed, we were able to work with a label from the start (which is rare), We appeared  in very important magazines, good radio shows and quickly developed our behalf.

How were the recordings going on the second album ”Revelatio”, released last year ?
Alkhemohr: The second  full lenght was recorded in several steps: first, guitars and bass parts in our own home studio; after drums in One Shot Studio (north of France). That was a good thing to record drums in second time because Max, our drummer, could have more groove during sessions.
We recorded voices in our home studio too. The goal was to have the time to work good, to relax and to keep money for re-amp guitars/bass (recorded of the final sound), for the mix and for the mastering. These end steps were worked in Italia at Real Sound Studio, a partner of our actual label named Worm Hole Death Record.

You have 3 split albums. What are the bands you had these spilts?
Alkhemohr: In fact we have one official split album with a band named Mass Grave. They were good friends of us at this time, but I think they split. We have a second one a little bit different because we just put a preview song of Atheist Dezekration album. The other bands were Deviant Messiah, Necros and Harshness (my other project in standby). I suppose you speak about an old tape concerning the third split. That’s really old and I was not present at this period but I can answer you that was a record named Black Hearts in the North with bands Balaam, Eithel Sirion, Excruciate 666, Fera, Peurs Ancestrales, Fjällstorm, Nirnaeth, Lord, Vucum Came, Electronically Lost and Nürn.

At first, DunkelNacht was a dark ambient band. What made you change into extreme metal? And are you still keeping some dark ambient style into the songs?
Alkhemohr: At the beginning, Heimdall was alone and did not have the possibility to work with a full member band. Simply, the fact to meet other musiciens can change this fact. I am not sure that we can speak about real dark ambient into our songs but piano, interludes, intro’s are always important for us, for an album but on stage too. The ambiance into music remains a priority for DunkelNacht. You can also listen the track named Revelatio to understand it.

What are the lyrical themes?
Alkhemohr: I always wrote a lot for DunkelNacht and so my songs speak about things who can hurt/revolt me. Atheist Dezekration‘s lyrics were access on religious thematic. About Revelatio, it’s different because it’s a concept album. The best way to understand it, is to read our lyrics.

Are you preparing for a new album soon?
Alkhemohr: Yes! We have some songs finnished, but we are preparing a different release before the third album. Something different but I can’t speak more about it for the moment. Just keep an eye out for our social page’s or our website.

What’s your message to the DunkelNacht fans out there?
Alkhemohr: Keep the flame alive for the Metal stage. DunkelNacht works hard for your pleasure, so be present at our shows and if you like us buy our merchandise to support us and let other people know your experience about DunkelNacht.
But overal, KEEP SUPPORTING THE METAL SCENE, and stay BRUTAL!

Thank you for your time, cheers!
Alkhemohr: Thank you very much for your questions. If you need some more information conserning DunkelNacht you can find it from the links below.
Cheers! 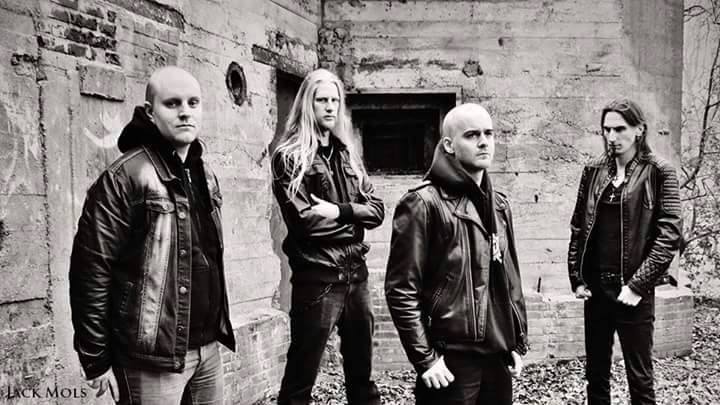