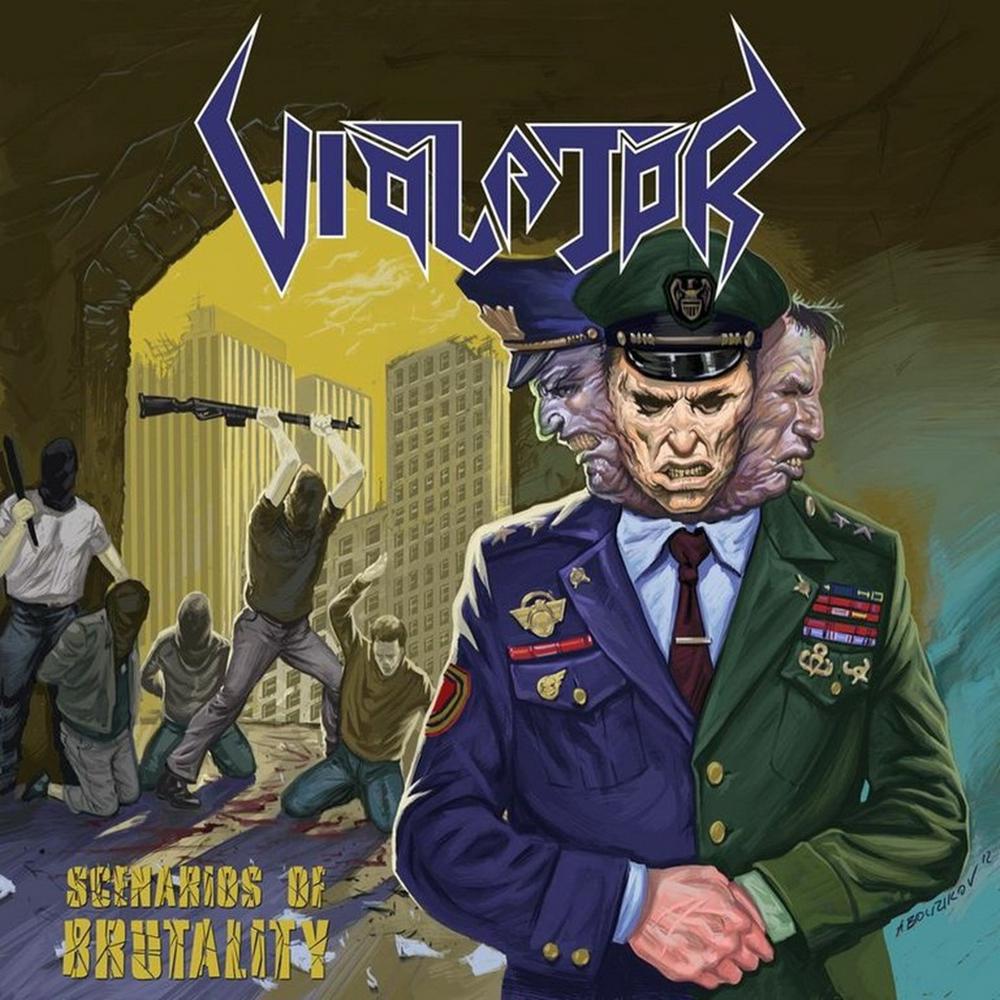 Why these guys are not signed to a bigger label and more popular among thrash metal fans is beyond my comprehension. Over the years these guys released some killer thrash records and their latest release “Scenarios Of Brutality” is no different. Violator is a young band from Brazil and these guys are crazy thrashers and completely out of their minds. As soon as the first song begins playing you know that this album is going to rip your head off. Every song on the album is infused with angry lyrics, shrieking vocals, fast drumming, aggressive solos and riffs that will violate your ears. The nine songs on the album are all about the political turmoil that happens around the world and this makes the songs sounds more furious than they already are. These guys are really pissed off about what is happening in our societies and I love these kinds of lyrics instead of the dumb and funny lyrics that most thrash bands are writing nowadays. The political art work is also nicely done with light colors. The musicianship on this album is insane and precise. There is a good chemistry between the two guitarists who keeps hitting riffs and solos throughout the album which is skillfully done with a high level of expertise. The drummer keeps up very well with the fast pace of the songs and keeps battering the drums into oblivion. The vocals are crazy as it should be. There is no need to analyze each song on “Scenarios Of Brutality” because each song is filled with memorable solos, brutal drumming, fast tempo changes that will leave the listener satisfied. On a side note I love to watch their live clips and they are very popular in South America. Their live show is out of this world and they are like animals on stage (I hope I can experience that if they ever come to Holland). Violator has one goal in mind; to produce to most aggressive and devastating thrash metal album which these thrash maniacs achieved with this record. Mission accomplished!!!!