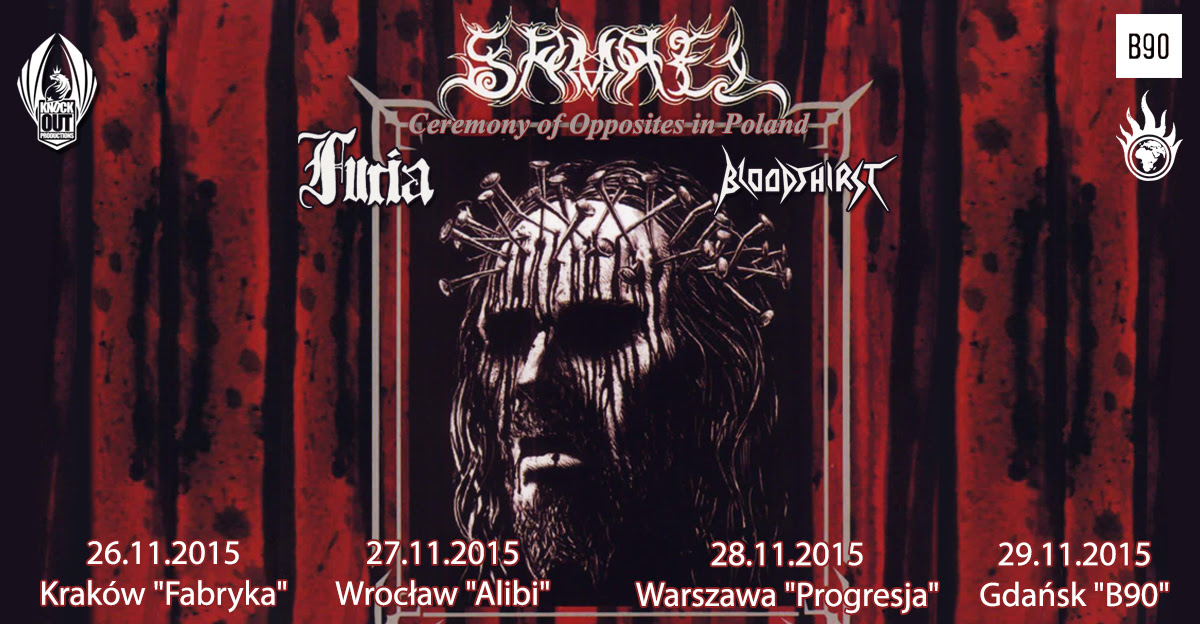 The legendary Swiss act Samael will visit Poland on four dates this November. The band will be celebrating their cult album Ceremony of Opposites (1994) by performing it in its entirety. Support on these dates will come from two Pagan Records bands that have already performed together plenty: Furia and Bloodthirst. Dates and ticket info below.

To the black metal connoisseur, Furia should not need an introduction. They are one of the most important bands to come out of the Polish underground in the last ten years and their latest release, Nocel, has received overwhelming praise with No Clean Singing calling it “a fascinating album that won’t grow old quickly” while Zero Tolerance Magazine named it “an eccentric BM album with something for everyone”.

Calling themselves “hateful antichristian thrash”, Bloodthirst deliver just that and some more: their thrash consists of angry and brutal black metal with a few drops of that old-school Swedish death metal which we all love. With three full-lengths under their belts, the band has become an important name in the Polish underground. Their latest release is Chalice of Contempt (2014) and should be tasty for fans of Aura Noir, Desaster and Destroyer 666.