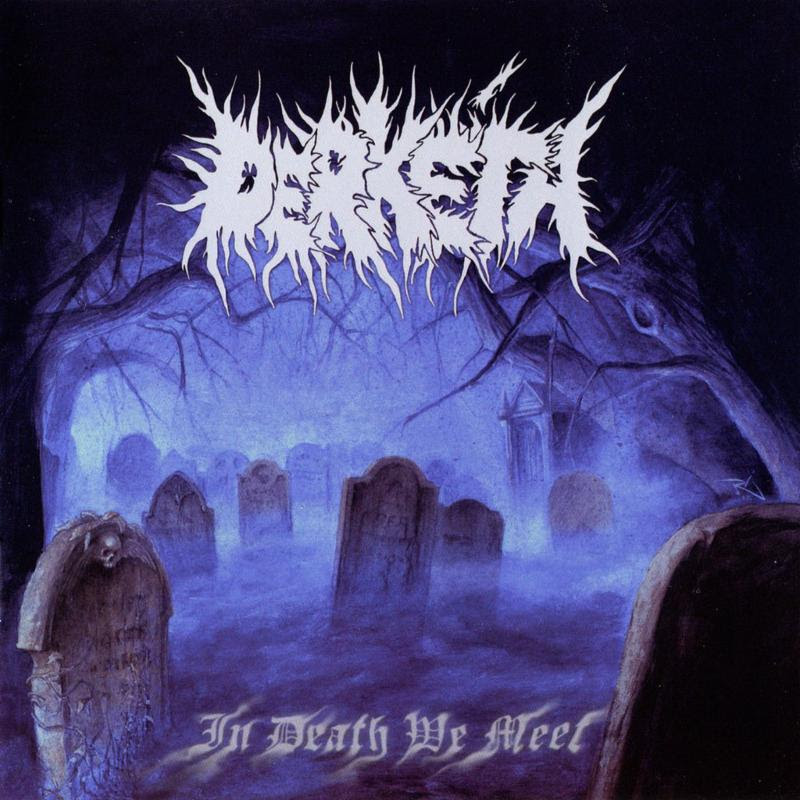 In Death We Meet Track Listing:
1. Goddess Of Death
2. Obscurities Of Darkness
3. Rest In Peace
4. Until Our Death
5. Shadows Of The Past
6. Last Rites
7. Witchburned
8. In Death We Meet
9. Darkness Fades Life (Bonus)
10. Troops Of Doom (Sepultura Cover)
Live Tracks (LP Only):
11. Shadows Of The Past
12. Obscurities Of Darkness
13. Witchburned
14. Time Of Awakening

DERKÉTA – a named derived from Stygian Mythology: the goddess of death of a blood drinking cult — is a doom-influenced four-piece widely acknowledged as the first all-female death metal band. Forged in 1988 by guitarist/vocalist Sharon Bascovsky and drummer Terri Heggen, DERKÉTA spent the past two decades in varying degrees of activity, having released several demos throughout the years. In 2009, guitarist Mary Bielich (Behind Enemy Lines, Novembers Doom, Penance etc.) and bassist Robin Mazen (Castrators, Gruesome, ex-Demonomacy etc.) joined the lineup and began working on what would become their debut full-length, In Death We Meet. Following its recording, Heggen fled the band to pursue other interests and was replaced by Mike Laughlin (Creation Is Crucifixion, Cattle Decapitation) making for their most stable and active lineup to date. Fueled by a desire to stay true to themselves, DERKÉTA’s musical principles are cemented in the spirit of death metal’s early years and as such will never fall to the temptation of popular trends.