Thank you very much for this interview, can you please tell us how it all began?

Toni (Bass) and me grew up in the same area. We shared same friends and same interests, always met at shows or whatever. Things were going down with our old bands so we decided to start something new. Toni on bass and me on guitar. Things started back in 2006. Around that time we played some pretty shitty D-Beat. But we had a great time.
Fortunately over the years our music became more complex and in 2008 we felt the need to add a second guitar. Tim (first drummer) knew a guy called Peter. We met, played some songs and got along pretty well. He joined the band directly after the rehearsal.
Because of the fact that our music became way more atmospheric and different to what we did in the ‘early days’ we also decided to change our name.
And that was the day Downfall of Gaia was born. This happened in 2008.

Why Downfall of Gaia and what does it means?

We were simply looking for a name that fits to our sound, lyrics and especially to the world we are creating with all of this. Greek mythology calls “Gaia” the mother of earth.
This world is definitely a cursed place so in the end it just made sense to name things this way.

Did you have line up changes?

Oh yeah… over the years there have been a few.
Toni and me are the only founding members left.
Mike is our 4th drummer and just a few months ago Peter (guitar) decided to leave the band so now there is Marco on guitar.
I don’t wanna get to much into the details but every person had its own reasons to leave and in the end every reason made sense. Musical differences, different focus in life, interpersonal problems… we had all of this.

What does influences your music and lyrics?

It is the simple things like daily life.
There is so much stuff going on around and i can say from myself that I’m a person thinking way too much which can be annoying from time to time but on the other hand this is a great thing to keep all of this going. I think I can speak for all of us and it sounds cliche but music is some kind of therapy for all of this.

Please tell us more about your new album “Atrophy”, what are the main differences from the previous ones?

Atrophy is definitely the straightest and most melodic piece of music we’ve written so far.
It is less “chaotic” as our previous ones. That was one of the main goals we had in mind while writing the songs. Of course you can still hear that it is a Downfall of Gaia release but I would definitely call this the “main difference”. What are your expectations for this new album?

I don’t know. As long as all of us are satisfied we are cool with how things are.
This is the most important thing. Of course it is a nice thing if you receive a great response for all the work you have put into the whole stuff. I would lie if I would say something different. But in the end we just wanna keep all of this going as long as possible.

Does “Atrophy” have some special conception?

Atrophy is concept record, a story told about the constant dialogue between life and death in which each and everyone is caught day by day, where life itself became the Sisyphean masterpiece .
The plot of the record is a dark ride from birth to death. It deals with the dark aspects each and everyone has to go through, questioning life and its happenings.

How is the music scene in Germany now?

The scene over here is pretty big and alive. Of course it always depends on the city but overall there is not much to complain about. Especially in the bigger cities there is a lot of stuff going on. From shows to playing in bands to networking.

What are your plans for the future?

We will hit the road with Conan, Hark and High Fighter upcoming march, afterwards we will play some shows in Russia and in between we are working on some other tours.
We are trying to stay busy.

Imagine you could be an animal, wich one you would choose?

I would be a sperm whale, dive deep into the ocean and would leave all of this shit behind.

Anything you would like to say if wasn’t asked?

Not really. Hope to see a lot of you on the road and thank you very much for having us! It is highly appreciated!
Thanks for your time. 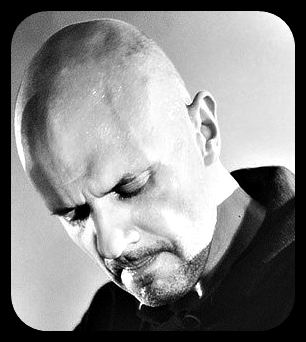 Up from the depths of Dante’s frozen hell