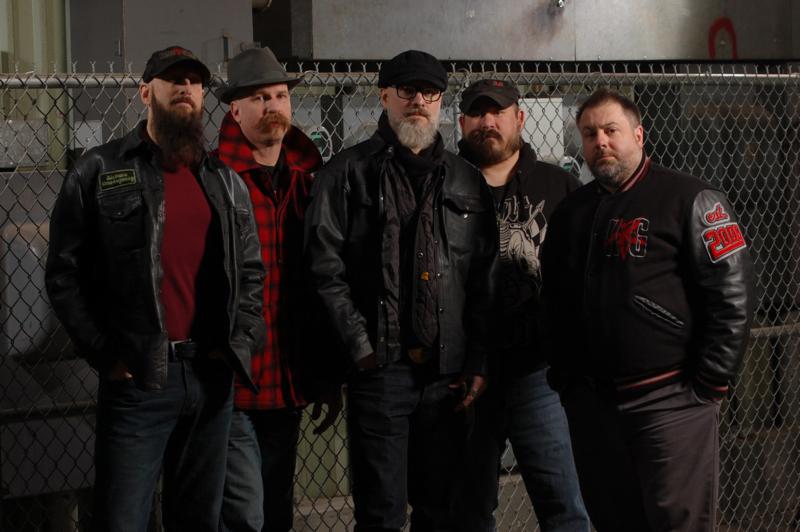 Celebrating their tenth year as a band in 2015, Northern Virginia-based KING GIANT has completed their thundering third LP, Black Ocean Waves, set for release this Spring, and today they unveil the full album details alongside a video trailer of the album’s recording process at Magpie Cage Studios with J. Robbins.
With their brooding, doom-drenched take on Southern rock/metal, KING GIANT has been rendering their woeful, rousing tales of heartfelt loss and ruthless resolution through their songcraft since 2005, and has built a solid reputation as a diehard internal workforce through handling the recording and releasing of their own gravelly anthems since their inception. Their 2006 Burden EP was followed by the self-released 2009 LP, Southern Darkness, which won over stoner/doom rockers everywhere with its vibrant approach to the genre. But it was the Dismal Hollow LP released in 2012 that launched the band into a more accessible, but more sinister territory, reaping critical acclaim from internationally based mags and webzines.

The cover art for Black Ocean Waves, created by Misty Kilgore, the track listing, and a short visual trailer of KING GIANT’s recording experience (which includes audio excerpts from two tracks) have all been released. The band plans to independently release the album in June on CD, and digitally distribute again with The Path Less Traveled, with an LP version to follow.

Black Ocean Waves Track Listing:
1. Mal De Mer
2. The One That God Forgot To Save
3. Requiem For A Drunkard
4. Red Skies
5. Trail Of Thorns
6. Blood Of The Lamb
7. The Gentleman Carny
8. There Were Bells

KING GIANT has plans to unveil their new anthems, including a live local record release blowout in Springfield, Virginia alongside brethren Sixty Watt Shaman and Foghound on May 30th. Additional shows and tour plans will be posted shortly. Stand by for the final release date for Black Ocean Waves and whiskey-soaked tears of wounded redemption from the album to pour forth in the coming weeks.