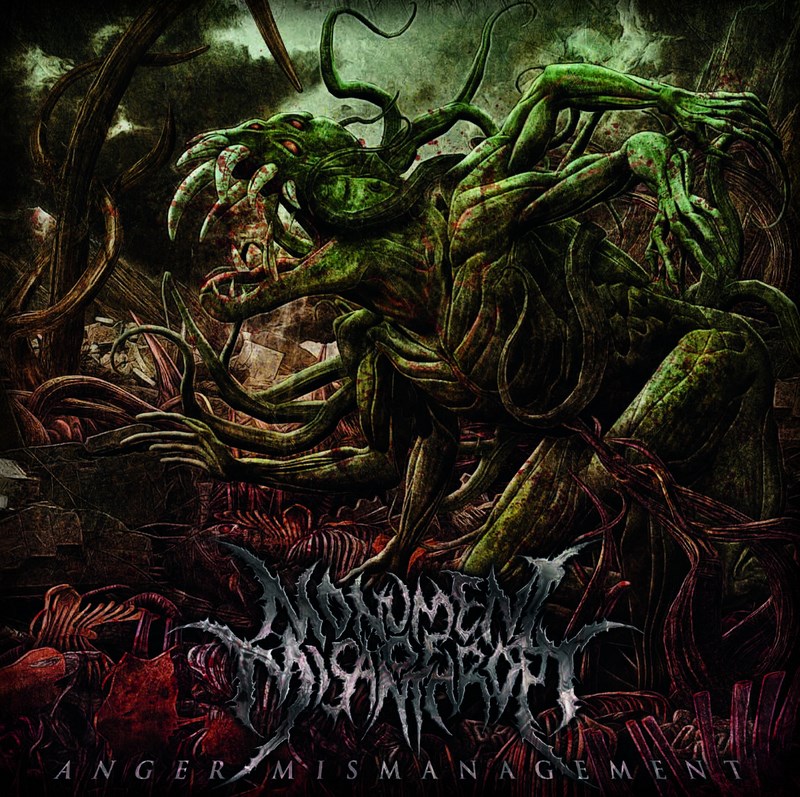 The world is still waiting for a new Necrophagist album and I guess that Romain Goulon also got tired of waiting, so he decided to form a new band. For those that don’t know who Romain Goulon is should be ashamed of themselves. Romain Goulon is the drummer for Necrophagist and he is one of the most insane drummers in the world. Monument Of Misanthropy plays straightforward death/grind in the most sick and twisted way possible unlike Necrophagist which is very technical. Seriously this is some extreme sounding album. The singer, George “Misanthrope” Wilfinger screams like he is being brutally tortured. Jean-Pierre Battesti (guitars/bass) will break your bones with his riffs and insane solos. Romain Goulon as many of you already know is not human and he transformes into an animal behind the drum kit. His drumming on this record is more straightforward with a lot of blastbeast and no holds barred torturing of his kit. It feels like on this record he has total freedom of his insane creation which he didn’t have in Necrophagist. “Anger Mismanagement” was successfully financed with an IndieGOGO campaign and the end result is so disgusting that I wonder if it is was legal to release this album. After the intro the song “Entering A New State” brutally begins with screaming and blast beats. “Malformation” is a fast and twisted grind song. The song “Vegan Homicide” is a brutal song against animal cruelty with a lot of screaming. Another nice and sweet sounding song is “Bring Me The Head Of LGG” that will leave you headless. As I already made clear, “Anger Mismanagement”  is a sick album and people with a heart condition should stay away from this album.