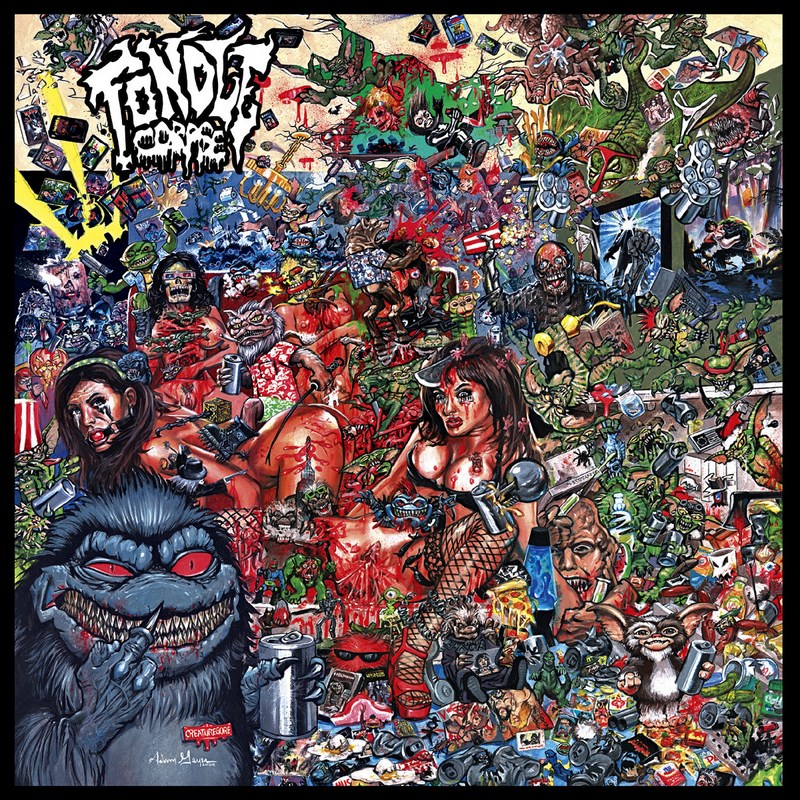 It truly is a miracle that I got a physical copy of this album, because I was searching for this album like crazy!!! Fondlecorpse is a death/ goregrind band form Holland and just like many albums that is a masterpiece or bands that are underground in the metal world it is very hard to get a copy of it or the album is long out of print. “Creaturegore” was released back in 2009 and it is their first and only full length album (I guess they are busy writing a new album). What set this album apart from other goregrind albums are the haunting guitar intro’s and solos during the songs that gives you shivers down your spine. Some songs begin with a cool movie intro like in “Krite Attack” (from the movie Critters) and “The Nightbreed” (from the movie Nightbreed). As you might have guessed the songs on “Creaturegore” are about Sci-Fi and Horror movies. Listening to these songs brings back good childhood memories. The production on this album is crisp and the musicianship is tight as hell!!! Fondlecorpse does a great job of writing good and memorable songs with a lot of blasting, grinding and nice melodies. After a short intro the first song “The Invasion” begins with full force grinding and blast beats. “Hideous” begins slow like a machete that is slowly slicing you in pieces but soon the furious riff and solos kicks in making the song very deadly. “Sluts And Bolts” and “Don’t Feed After Midnight!” are fast and very relentless songs that will chew and spit you out with no remorse.  Silvester Koorevaar does some nice vocal bombardment during the songs. “Creaturegore” is a sweet sounding and addictive death/grind album that will keep you hitting the replay button over and over again.