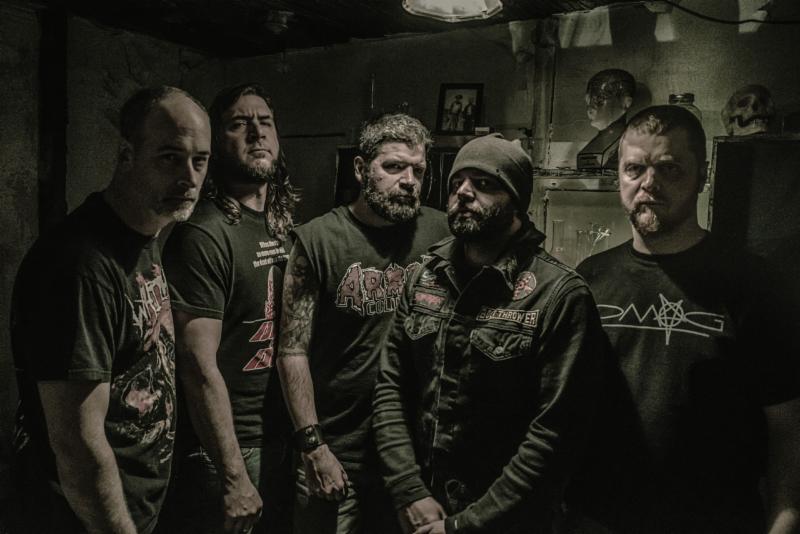 Captured by Tom Case at Edie Road Studio and Doomsday Bunker Studio, both in upstate New York, with vocals tracked by Dave Otero (Cephalic Carnage, Primitive Man etc.) at Flatline Audio in Denver, Colorado, and the entire monster mastered by Brad Boatright (Obituary, Nails, Integrity etc.) at Audiosiege in Portland, Oregon, SKINLESS returns, triumphant and thirsty. Brandishing their signature fusion of punishing, war-waging grooves and, blast-laden mayhem delivered with surgical precision, Only The Ruthless Remain is cruel, sadistic, andpoised to stand among the most addictive death metal offerings of the year.

Today, SKINLESS is pleased to officially unleash the gut-wrenching sounds of opening psalm, “Serpenticide” for public inebriation. Relays Webber, “[Illustrator] Ken Sarafin summed it up best when he said that upon listening to the new SKINLESS, his balls exploded and bigger ones grew in their place. That’s how we felt when making it! ‘Serpenticide’ was the song that got us into the flow of creating this album. This track has the grind, dirge, and vengeful bludgeoning that makes it a slicing cross cut of Only The Ruthless Remain. You’ve heard the live version; here is the final in all its ruthlessness. The countdown is on. Much more to come. As the old saying goes, it’s time to stop the teasin’ and start the pleasin’, ha!”


SKINLESS will wage their audio war upon Baltimore this May as part of this year’s Maryland Deathfest as well as Hellfest in France this June with further live conquests to be announced in the coming weeks. Stand by for future hearing loss opportunities.