Arvas is a Black Metal band from Norway formed in 1993 by V-Rex. Along into the band took part members from bands such as Immortal, Aeternus, Gorgorth. This year the band released a new album and also they have got a new vocalist. So here is an interview I made with the leader of the band V-Rex and the new vocalist who will answer a few questions. 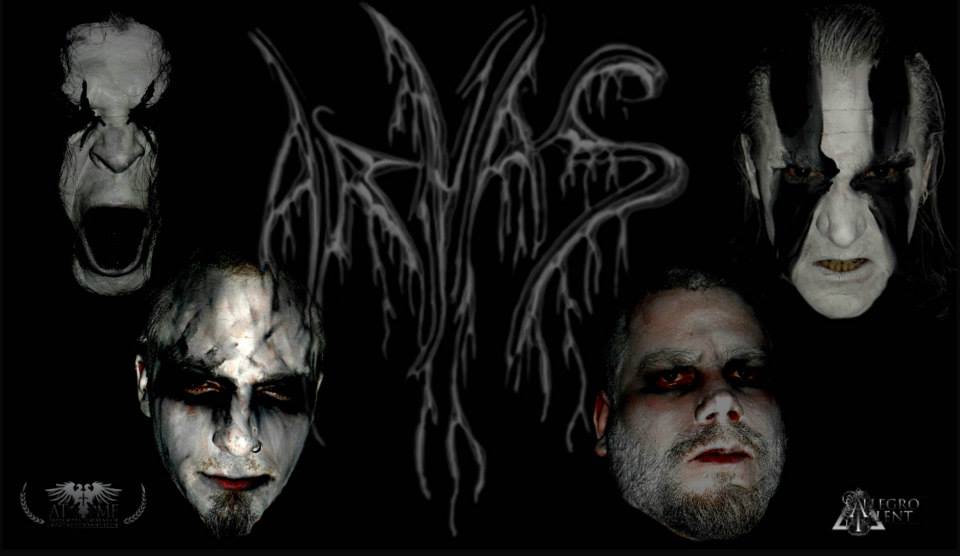 Hi V-Rex, how have you been?

V-Rex: All is fine over here.

To let people know, tell some words about Arvas,about founding the band and also why the name of the band was changed from Orth to Arvas?

V-Rex: Well, the band was founded in 1992/93 by me as a solo project after I was kicked out from Aeternus. I did some demos and after a couple of years I got hold of drummer Grim who at that time was in Gorgoroth, and previously with Immortal.
Ares from Aeternus joined in on bass. We recorded ‘Nocturno Inferno’ in 1996. This album was not officially released, but we pushed it on our own. It did recieve attention and is now concidered as a true gem.
Grim comitted suicide and I put the band on hold a couple of years and started up again in 2007 and changed the name to Arvas.
Different members have been in and out, but now we have a great line up so we will see how long this one lasts.

The first album ”Blessed from Below…Ad Sathanas Noctum” was released in 2009. Why this was released so late in spite the band activity started about 1996, when then the first demo was out.

V-Rex: It took some time preparing the material and get a descent drummer, but once this was settled, we did the album as a two piece. 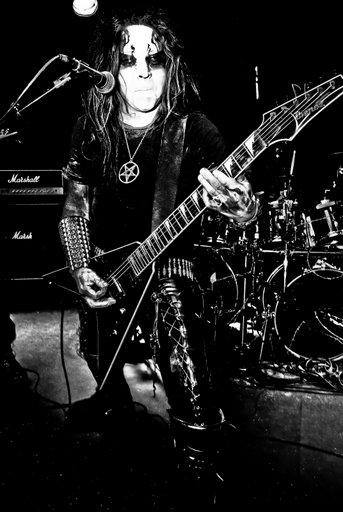 What can you tell about the next album which was released in 2013 ”Into the Realm Of The Occult”?

V-Rex: ’’Into the Realm Of the Occult’’ was done at my with me, my drummer and a guitarist named Bloodlust. After this album we did a coupple of gigs including a tour with Deicide and then I had to fire my drummer because of internal problems, Bloodlust left.

As were changes into the band, you have a new vocalist. Can you tell the reason the ex-vocalist Hexzaldre left?

V-Rex: Hexzaldre was about to join us but he couldnt because of family and work, band life takes alot of time and effort and is not suitable for everyone, he felt that he couldnt give a hundred procent into it so he chosed to leave. No drama at all.
I called in Coldbound and we will see how this turns out. We are postitive to him and he will for sure nail it!

Coldboud: Yes as it seems I am the new vocalist of the legendary band coming from Bergen,Norway – Arvas.
I went in Norway earlier this month for vacations and I just noticed that my friend V-Rex was in need of a vocalist for his band and the upcoming shows.
We both agreed to have an audition 2 days after our first chat concerning the band.
Things rolled pretty much nice for both sides. I was stressed during the whole process of the audition cause joining Arvas was a thing I really wanted to be honest.
I can’t even describe the explosion of emotions when I got the job in front of the microphone.

Do you feature into the new album?

Coldbound: No, unfortunately I am not part of the new album ,Black Satanic Mysticism. Hexzaldre did all the vocals on the album.
By the way , if you haven’t listened this album so far, you should better do it. Is far the best Arvas material up to date . Just a killer release that I can’t get enough of it listening on daily basis.

Soon you guys are planning a new album?

Coldbound: Thoughts of new album according my mate V-Rex , well I guess there will be new material next year, but for this year we already have a killer album .

Some shows are already planned?

Coldbound: There will be a headlining show in the hometown of the band, Bergen (Norway) on 15th of August later this summer.
Personally is going to be the first gig with Arvas . There are also some other cases of shows but for this is better V-Rex to answer about since he is holding all the discussions concerning Arvas , live shows , releases etc. 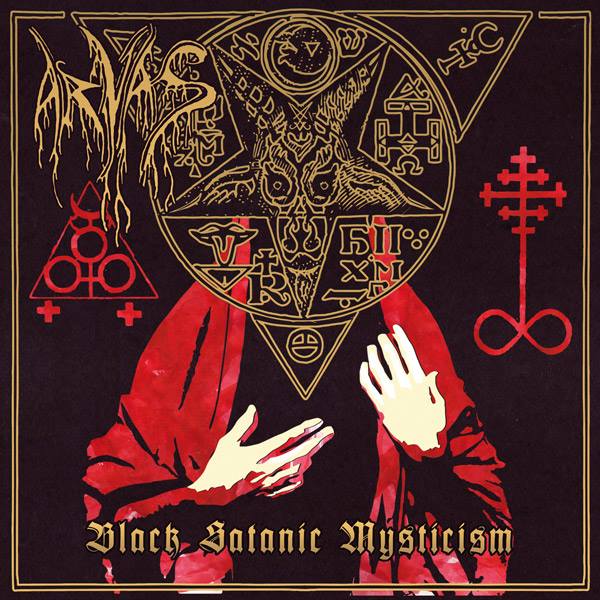 Why did you decide to keep your stage name such as your band name?

Coldbound: Well, as you know already Coldbound is the name of my personal project. In this project I use the “record”name (Rеbjшrn). This name is spelled and written in norwegian and I was not allowed to use such a name cause is not fitting the whole theme of Arvas . Therefore I decided to keep as a stage – name the “Coldbound” since all the project of mine and this name , means a lot to me.
The only person to know the truth behind the origin of the name “Coldbound” , is V-Rex. Is a really sensitive topic of mine that I would not prefer to expand wider than that since I don’t want some of my personal struggles to be viewed on the display.
Coldbound is me , as word -as character and as a musical project. I could not fit any better world to describe the somber inner demon of mine.

How do you think things will go on with Arvas?

I will Coldbound: With Arvas I have set high standards , personal standards. As I said I was amazingly happy to be the one to front them , not only because of my age but also because they have a solid name on the stage for many years now – even much more many years than me since I was not even born when Arvas were formed hehe- I will offer my 1500 % of my devotion , will and strength to front this Demon with pride and honour.
So for me things only HAVE to go more than fine , and they will!

Thank you for your answers, cheers!

Coldbound: Thank you for your questions! Wishing you all the best, thanks for supporting Arvas and hope to see you arround in some of our upcoming shows.

Back to you V-Rex, The new album, ”Black Satanic Mysticism” was released this year, how the recordings were going so far?

What is the lyrical theme for Arvas?

V-Rex: Lyrics are about Satan, occultism and our true individual spirits.

There will be a tour or something?

V-Rex: We are planing something yes, but nothing is yet confirmed.

Do you have a message for the fans?

V-Rex: Stay true to yourself and praise Satan!

Thank you for your time, all the best!