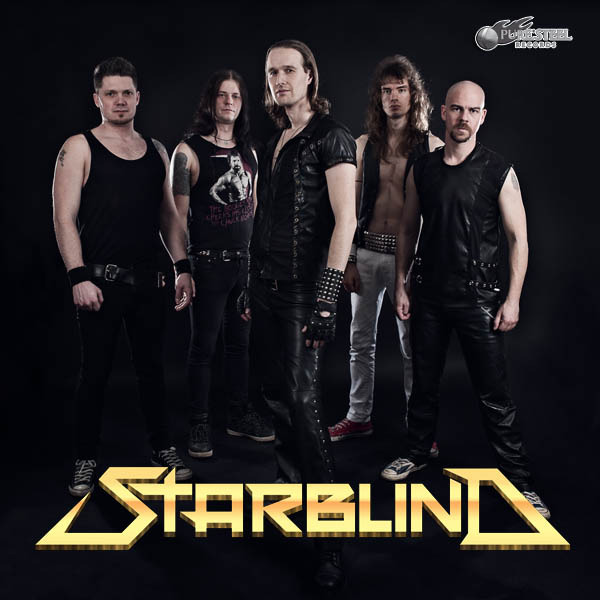 STARBLIND was formed in early spring 2013 and began the recordings of its album debut “Darkest Horrors” six months later, it was released in July 2014 on Stormspell Records and it received very good reviews which resulted in a three week European Tour in support of Tim Ripper Owens. In less than two years since the inception of the band ,STARBLIND has managed to play over 30 live shows in more than ten countries and has become a live act to be reckoned with. After the tour STARBLIND have been focusing on writing songs for album number two, a pre-production was recorded with Starblinds producer Cedrick Forsberg in February 2015 and the new record deal with Pure Steel Records was inked in March. The recordings of the new album will commence in April 2015 at Studio 2-Takt which is owned by the producer Cedrick Forsberg (Rocka Rollas).

Some of the Starblind members have previously played in bands like Steel Attack, Danger and Sadauk to name a few.
Bandstatement:

“After a few months of negotiating with different labels STARBLIND are proud to announce the signing with Pure Steel Records GMBH for a worldwide release of our upcoming album. Pure Steel´s profile fits us as a band perfectly and we feel confident that this will help us take the next step as a band.”