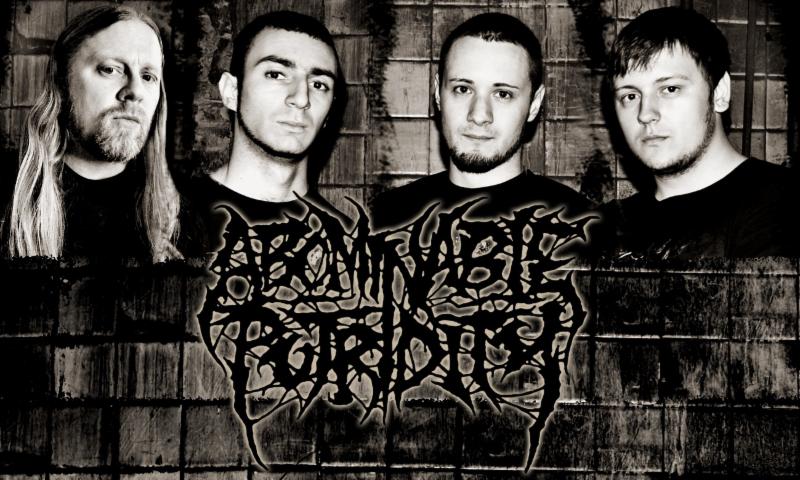 California-based Unique Leader Records has brought Russian death metal quintet ABOMINABLE PUTRIDITY into their continually expanding collective for the reissue of the band’s out-of-print second album, as well as an impending third album which is set to be recorded in the coming months.

Hailing from the Moscow region, ABOMINABLE PUTRIDITY was formed in 2003, initially under the moniker Devoured Entrails. Through several lineup shifts over the next several years the band began playing around their country and beyond, and released several decimating recordings, leading with their initial promo demo in 2006, followed by their debut album In The End Of Human Existence released the following year by Lacerated Enemy Records. A four-year gap and multiple more lineup changes would bridge their first full-length and their next release, a new promotional CD in 2011 would help gain the attention of Brutal Bands Records, who issued the band’s second album, The Anomalies Of Artificial Origin in 2012.

Now, 2015 sees the ABOMINABLE PUTRIDITY lineup more stable than ever, and ready for the next chapter in their destructive history, having been picked up by Unique Leader Records. The label will begin with the re-release of The Anomalies Of Artificial Origin, later this year, with a solid release date to be confirmed shortly. Additionally, ABOMINABLE PUTRIDITY has begun writing material for their upcoming third full-length album which will be recorded later this year for release through Unique Leader in 2016.

Fans of Devourment, Disgorge, Skinless, Pathology, Katalepsy and the like should be on high alert for more news on ABOMINABLE PUTRIDITY and upcoming actions from the band and Unique Leader in the coming weeks.