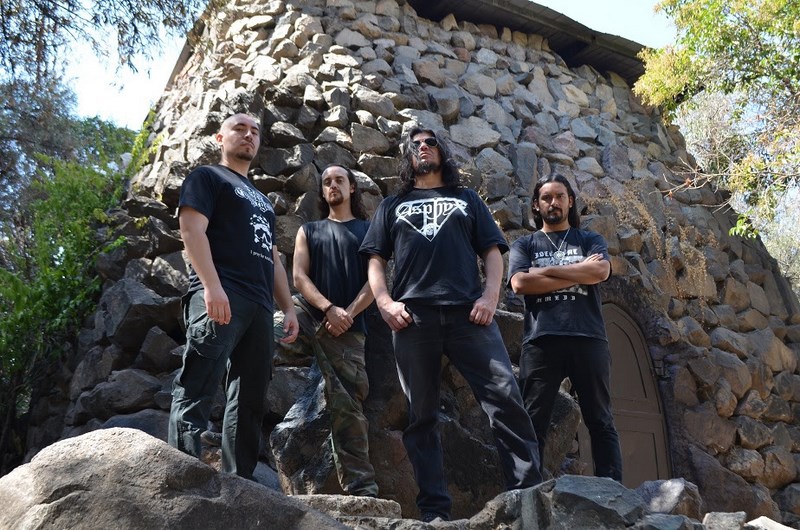 Blood Harvest Records sets August 10th as the international release date for a special vinyl LP pressing of Istengoat’s debut album, Atlas Shrugged. Released last year on CD, Atlas Shrugged introduced Istengoat to the wider international metal scene – and yet, this Chilean quartet continues to be one of death metal’s best-kept secrets. Alas, Blood Harvest feels it’s prudent to unleash this slab of molten death metal majesty on the most supreme of all formats – VINYL – and much the label did with the 2013 vinyl release of their MMXII EP, garner Istengoat the acclaim they rightfully deserve.

On first listen, Atlas Shrugged can seem unassuming enough – busy, oft-complex death metal with no small amount of muscle to spare – but further listens (and there will be many) reveal an enviably lockstep ensemble who know how to use their copious chops in service of the song. Each of the eight tracks here bristle with an energy right from the off and then twist and turn every which way, with sinister hooks piling on top of each other but without overstaying their welcome, always keeping the listener guessing whilst flowing in a linear fashion. Meanwhile, Atlas Shrugged is buttressed with a production that balances barbarism and clarity, atmospheric without sacrificing the sinew. Many claimed that Istengoat’s last EP was, if only a bit longer, hypothetically what Morbid Angel should’ve done with their last “album”; here with Atlas Shrugged, hear it in full! Cover and tracklisting are as follows: