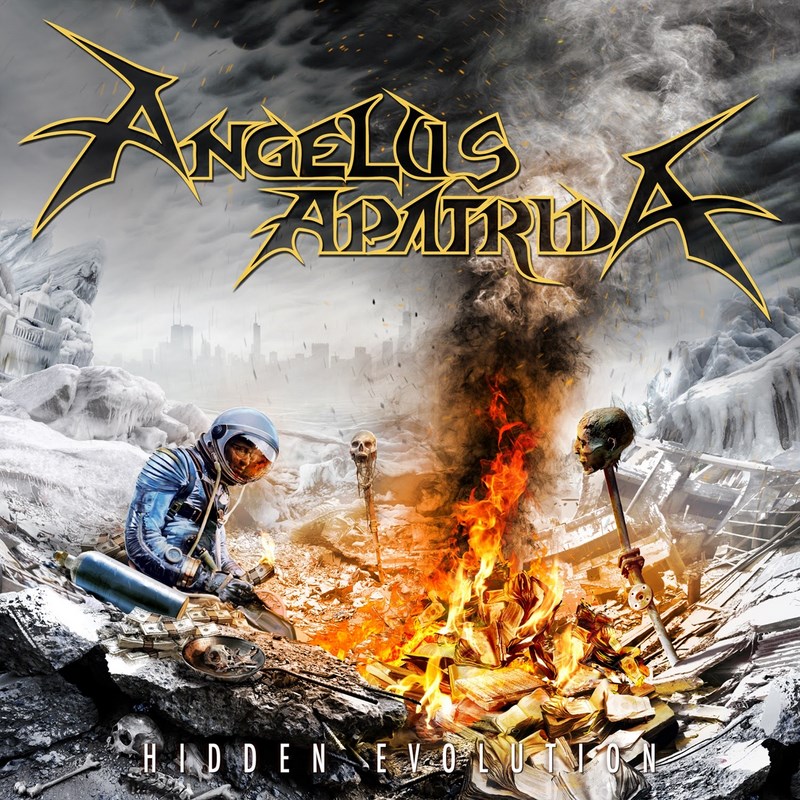 A few months back these Spanish thrashers were touring Europe as support for Suicidal Angels and Dr. Living Dead. I went to see them in Breda (Netherlands) and boy these guys destroyed the stage and made the other two bands live performance look really sloppy and boring. So after their show I immediately went to their stand and bought their fifth release “Hidden Evolution” which they kindly signed for me. “Hidden Evolution” is faster and more aggressive than their other releases. The first track “Immortal” opens furiously without any acoustic intro, which is common with thrash albums. The second track “First World Of Terror” is really catchy and has some nice drum work with a lot of thrash harmonies and a blazing solo towards the end of the song. Another really cool song is “Architects” with a lot of technicality in the riffs. Fasten your seatbelt for the songs “End Man” and “Wanderers Forever” which has a lot of mayhem and tempo changes during the songs and of course killer solos, riffs and melodies. The length of the songs are 5 minutes or longer and when you get around the eight track the album gets a little tiresome.  Gyula Havancsák did an amazing artwork which is very chaotic and beautiful with a powerful message. The cover is so insane that you have to study it deeply so that you can see and understand all the hidden messages behind it. Very noticeably are the vocals of Guillermo Izquierdo which can be melodic, classical and aggressive during the songs. He really has a unique vocal style. If you are into thrash metal be sure to check this album out!!!