Azylya is a female fronted Gothic metal band from Belgium. The band has released one album in 2013 and soon they are preparing for new stuffs. Below is an interview with the band’s vocalist Jamie who answered some questions. 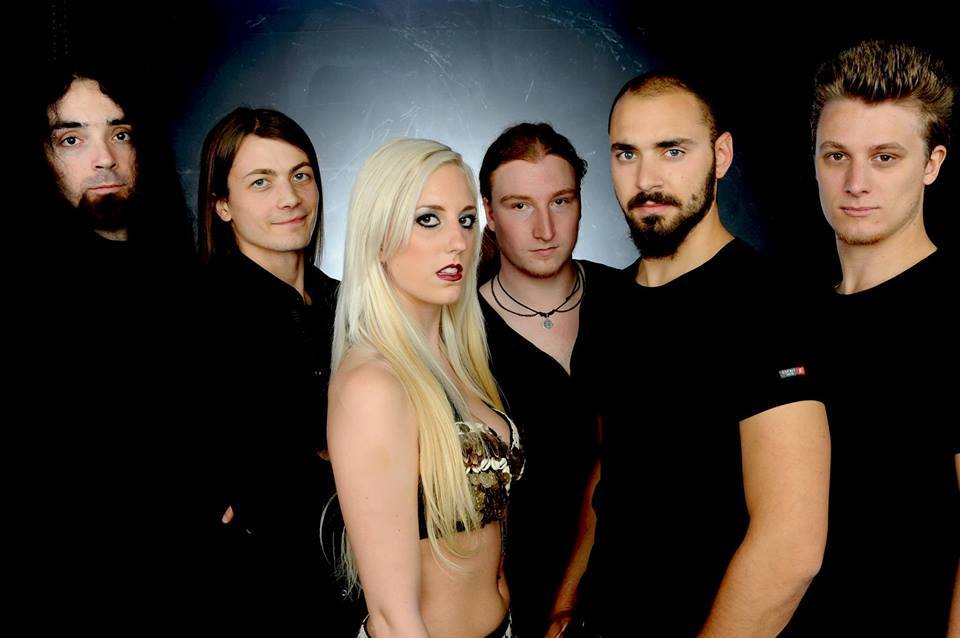 Hello Jamie, how have you been?
Hello! I’m fine and I thank you for having chosen me for this interview.

First, tell me a few words when Azylya was founded.
I wrote the story of the first album of AZYLYA when I was 14 and I left it in my drawers for years. In late 2010, AZYLYA became a metal band and we gave our first concert in Belgium. Shortly later, in early 2011, we released our first EP. After several concerts and changes in line-up, we have composed our first album.

When was released the album ”Sweet Celebral Destruction” and how the recordings were going?
We have been very fortunate to have been spotted by the Italian studio Realsound Studio. It offered us to the Italian label Wormholedeath and we were recording our album “Sweet Cerebral Destruction” in Parma, in a snowy winter. We were well looked after by the team on site and the registration process was carefree. The album was released in June 2013. Subsequently, we have had the opportunity to do a lot of gigs in fabulous scenes like those of PPMFest (BE), the MFVF (BE), the Dames of Darkness (UK), the Symphony Metal Fest (CH), the Beauties of the Night  Festival (GR) and many more.

Are you preparing for a new album soon?
We are actively working on our second album by continuing to produce us on stage, however, the release of the album is not yet for now.

Who writes the lyrics for the band?
I wrote all the texts and I provide musicians the synopsis of the story for each song. Then they make up and finally I create melodic lines and put up my words.
Of course every musician is always free to suggest changes to improve the singing part as I do to the compositions.

What are your influences?
We have very different influences but I think we have our own style. In these influences, we find of course bands like Epica, Evanescence, Lacuna Coil, Eths which are role models for me. But I also share those of my musicians from different backgrounds, we like Ramstein, Metallica, Whyzdom, Delain and many other younger groups climbing.

Are you going to tour this year?
We will do some concerts in Belgium and France, for example, we will be soon in Summerrock (BE) on June 6, but we are not looking for too many dates we must focus on the next album which has been delayed.

Do you have a message for the fans?
We thank our fans and all those who follow us, it is with great pleasure that we find them every time at concerts. They are all so friendly to support us and we give them an appointment soon.

Thank you Jamie, my pleasure!
Thank You for giving us this opportunity to make us discover your readers to whom we wish welcome to the world of Azylya.