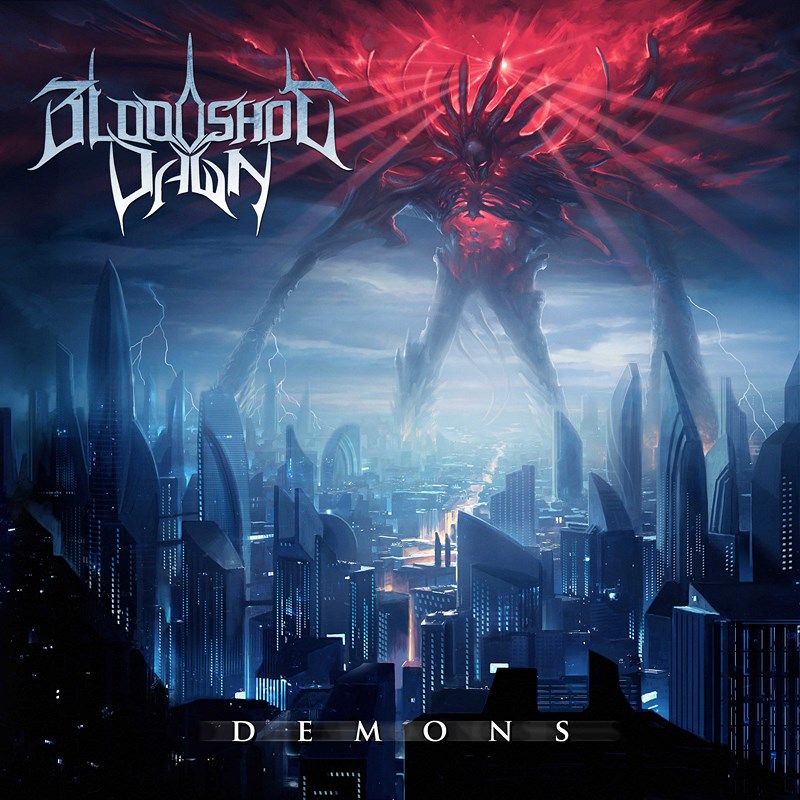 The album title “Demons” fits the second release of Bloodshot Dawn perfectly because these guys went all out demon on this record. “Demons” is bigger and more brutal album than their self titled release.  I didn’t like their first release because it was too melodic for me. Of course there are a lot of melodic parts in the songs on “Demons”, but the brutality overcomes the majority of the songs which I really like. What makes the songs more brutal on this record is the new drummer, Janne Jaloma.This guy is a beast behind the kit.  The lyrics on “Demons” are very interesting and the album  cover is just AMAZING!!! The cover really shows what this album is capable off. Bloodshot Dawn is a melodic death metal band from UK and “Demons” was financed with a kickstarter campaign and released independently. There is truly a great chemistry between the guitarists during the riffs and amazing solos on “Demons”. You can feel that the riffs and solos flows easily and fits perfectly during the songs. The vocals performance are diverse and they sound like a pack of hungry dogs that are on a hunt to destroy everything in their path. Things get disgusting in the song “The Human Void” with the vocal presence of Sven de Caluwe (Aborted). It really is a sick song and it feels like an Aborted song in a strange way. “The Image Faded” is a lengthy song with almost 4 minutes of guitar solos  and features guest solos by Teemu Mantysaari (Wintersun), Per Nilsson (Scar Symmetry), Andy James and Chris Amott (Ex-Arch Enemy). In other words “The Image Faded” is pure guitar pornography. Bloodshot Dawn second release “Demons” is a step in the right direction… THE BRUTAL DIRECTION!!!