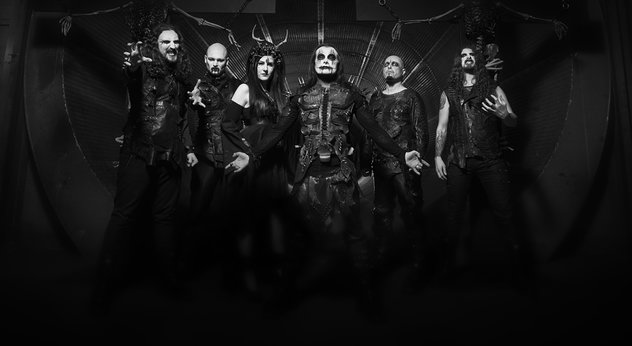 Barbarous hellhounds CRADLE OF FILTH are set to release their forthcoming album “Hammer Of The Witches” on July 10th via Nuclear Blast Records. In anticipation of the release, the band has now released another new track! Listen to “Deflowering The Maidenhead” Displeasuring The Goddess‘ here:

“‘Deflowering The Maidenhead, Displeasuring The Goddess’ is based on the ancient belief of the world personified as Mother Goddess, concerning itself with her self-preservative measures when assailed by her final abuse by the human race. Violated, poisoned and unknowingly left for dead, Gaia’s is a pre-emptive, violent and justified retribution; without tears for creed or culture. Nature versus Mankind. A total renewal of species. The song spirals onward at a frenetic, apocalyptic pace to climax and was originally one of guitarist Ashok’s contributions to the album, along with ‘The Vampyre At My Side’.”