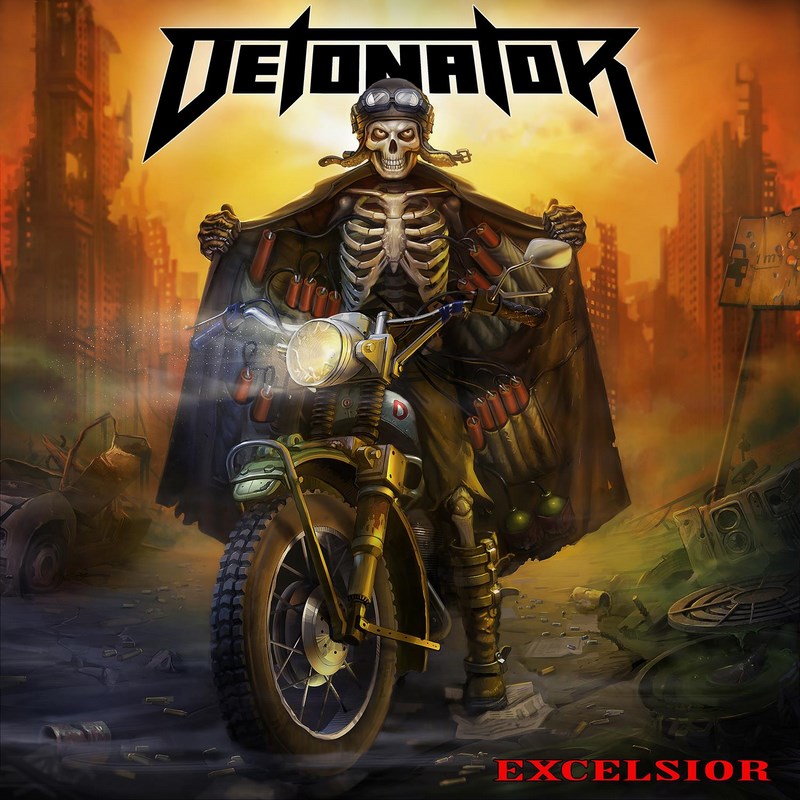 I know 12 bands with title – Detonator, all of them are from various countries and playing different music (but mainly thrash metal related), but today we’ll speak about Ukrainian band. Detonator is an old band of Ukraine, was formed back in 1991!!! But, as often happens – there was huge hiatus in their history… Just two demos, 1991 and 1993 years, and then, after 21(!!!) years of clinical death they have recorded Single, and FIRST full-length album. As you know, for me is always great when some old Ukrainian band continue activity and continue record decent stuff, without shitty modern influences ala core etc. So, what is waiting here for you; intro + 9 tracks of skull-crushing thrash metal, made mainly in old-fashioned way, struggle with modernity and posers, hehe! Each track sounds just like a bomb, with hurricane guitars, massive rhythm-section, good underlined bass lines, angry vocals, stabbing and fucking catching guitar solos and etc. What I like most of all is a pressing approach, you know, fast and twisted guitars together with massive drumming and well-composed tempo-changes, which do not give you even little chance to be bored by music. “Excelsior” is highly recommended to all the fans into old-school technical thrash metal, be sure, your head will be headbanging non-stop! After the very first listening to this album I have got just one idea – press play button again. Anybody into thrash metal massacre – buy 10 beers, show huge fuck off to the neighbours, turn your stereo into MAX and fucking enjoy! Thrash metal is alive and will never die! Fuck off!