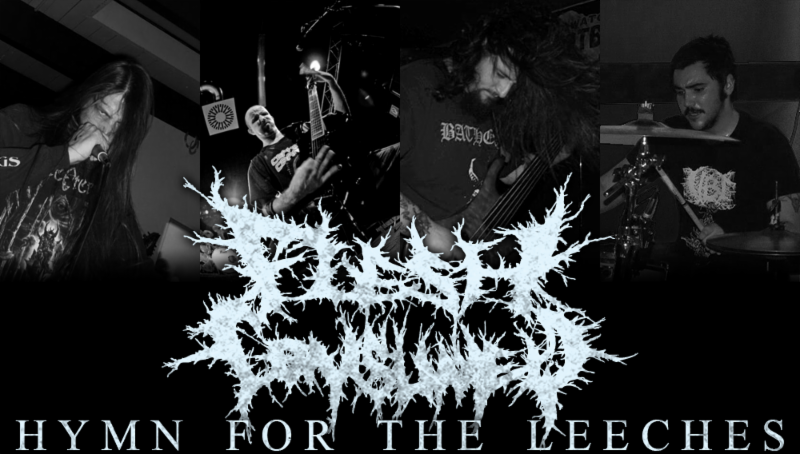 “I am so grateful to be working with this team,”

“I came to Andrew in the conception of Hymn For The Leeches knowing his previous work. Shane blew me away when I saw him play… a beast! And Shaune is the mastermind behind the music of this album. With every release, FLESH CONSUMED evolves. I think no one record sounds the same from the next and this new record will be no exception, musically and lyrically. The music is heavy, powerful, with dark/evil melodies and searing solos. The lyrics I wrote in a very dark time in my life and it shows. Subjects about power, hate, and dominance are interwoven with beautiful evil music.”

Stay tuned for further Hymn For The Leeches details, including cover art and release dates, in the coming weeks.