Formed in 2007, the Turkish Melodic Thrash/Death metal released 2 album with WormHoleDeath records, the most recent one was released this year under the name of ‘’Un Mondo Infinito’’. The band’s guitarist Bora Ince had time to answer some questions about Furtherial and the new album.

Hello Bora, how are you?
Great, thanks for having us!

Tell me when Furtherial was founded and tell me about the band change name from ”Extinction” to Furtherial.
Furtherial was founded in 2007, under the name Extinction by our frontman Başer Çelebi. The name was changed into Furtherial in 2012, because there was couple other bands with that name. The name Furtherial is a word made up by Başer, meaning ”that which belogns to the further or the other side”. The name ties in with a character he created in the first album’s story , The Storyteller. He will also make an appearance in Un Mondo Infinito as well.

The debut album was released in 2014 entitled ”Destroying Atropolis”. How the recordings were going?
’’Destroying Atropolis’’ was recorded in 2013 actually. Originally, we released it on our own but when we made the deal with Wormhole Death Records, we took it down and re-released the album in 2014. The first album’s songs were actually written years ago, before i joined the band, but they just couldn’t manage to record it due to several reasons like personnel changes, equipment failures etc. In 2013, after i joined, we decided to record with our close friend Seltay Sobutay at his home studio. Recording process was pretty easy, since the songs had been ready for years, it didn’t take too much time to record. We had to use programmed drums though, we didn’t have any means to record live drums at that time. With ’’Un Mondo Infinito’’, we tracked the drums live at our rehearsal studio, and recorded the rest again with Seltay.

This year you have released the second album ”Un Mondo Infinito”. Tell me about it.
”Un Mondo Infinito”, like ”Destroying Atropolis”, is a concept album. Unlike the first album, which was based on a fictional story by Başer, we decided to tell stories from the real world. The first inspiration came from an episode of Cosmos with Neil DeGrasse Tyson, where he told the story of. Italian friar and astronomer Giordano Bruno. He was executed by the Roman Inquisiton for his theories on the infinity of the universe. Then we decided to find and tell about characters who had similar unfortunate destinies through history. We dedicated each of the first six songs to Bruno, Boudica, Hallac-ı Mansur, Hezarfen Ahmed Çelebi, Socrates and Hypatia respectively. The final song is about our fictional character Storyteller. If anyone would like to learn more , we prepared short posts about each character in our Facobook page, they can check them out.
The music is quite different form the first album stylistically. The songs are more complex, diverse and longer. Like i said before, we used live drums this time and used better equipment all around, so the production quality is quite better than the first album. Also, we had a great artist doing our artwork , Gençay Aytekin, he came up with excellent drawings for the cover and the character illustrations. In short, expect a better album in every aspect!

Who mainly writes the lyrics?
All lyrics and music are written mainly by Başer, rest of us have some input here and there of course, but the main creative force of our band is him.

Did you start writing new materials?
Yes, actually we have about 5 songs and a lot of riffs written for the third album already.

What are the band’s influences?
There are too many to mention, but we are mainly influneced by Opeth, Death, Gojira and Sylosis. And who’s not influenced by Metallica?

Any shows confirmed for this year?
Unfortunately we couldn’t land any festival gigs in Turkey this year.However we will do some album launch shows in Dorock Heavy Metal Clubs in Taksim and Kadıköy, in Istanbul. We are trying to arrange some shows in other cities as well. We are also confirmed for the Rock’n Iası Festival in Romania at October 31st. That will be our first show out of Turkey, so we’re pretty excited for it.

Do you have a message for Furtherial fans?
We would like to thank our listeners and hope that they will enjoy Un Mondo Infinito. Expect more from us, we will keep on producing!

Thank you Bora, cheers!
Thanks a lot, it was our pleasure! 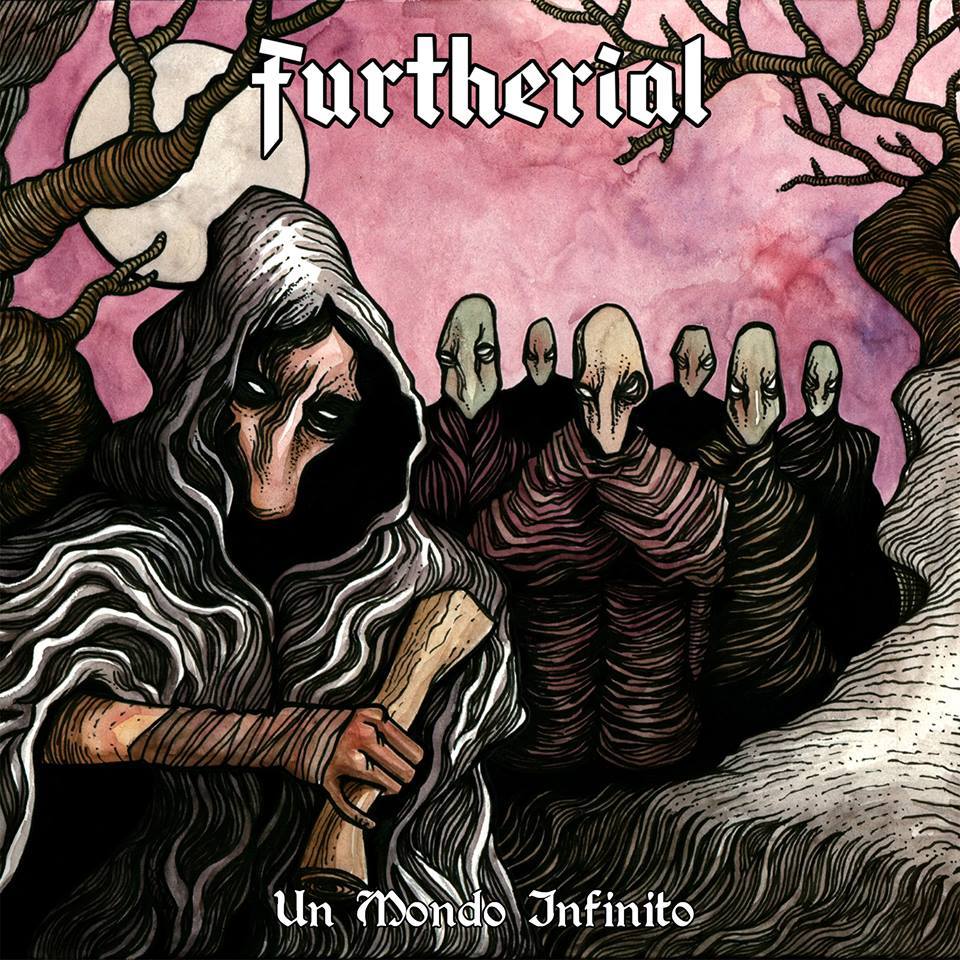