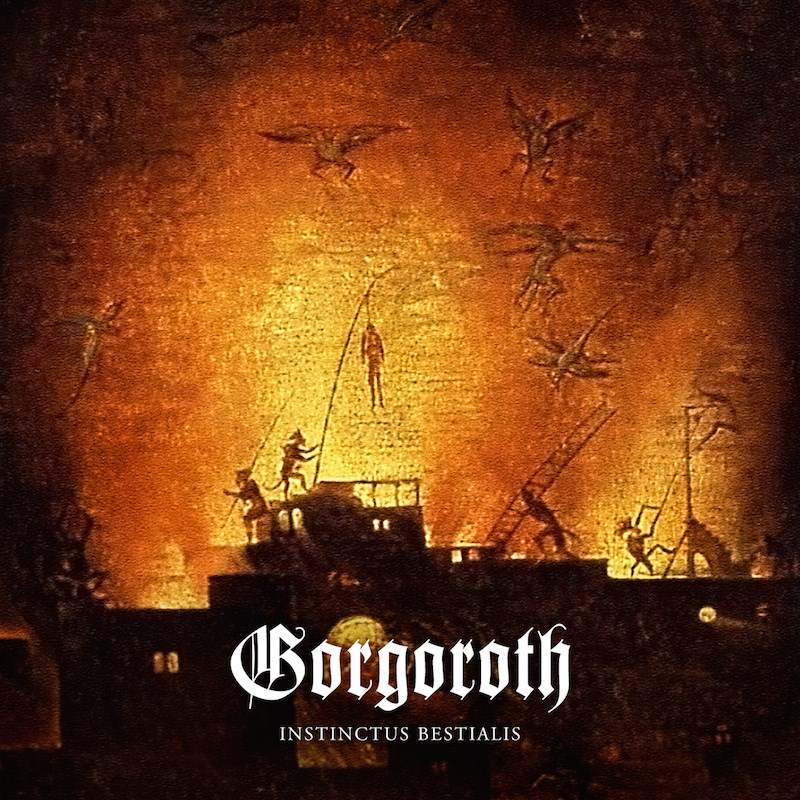 The tyrants are back. Infernus is reborn from the ashes of hell to teach once again how to play Black Metal to the world. Finally, ‘Instinctus Bestialis’ is come, is real and is fucking awesome.

In the last years Gorgoroth faced any kind of problem: the split up with Gaahl and King ov Hell, legal issues about the name of the group, the return and the dismiss of Pest as vocalist, a tour played only with session members and this new album announced two years ago and repeatedly postponed for unknown reasons.

But Infernus didn’t give up and set the pieces together, with this new international line up. On bass guitar the American Frank Watkins (aka Boddel, ex Obituary), on drums the Swedish Thomas Asklund (ex Dissection) and as new vocalist the serbian Atterigner. The performance of this young and pretty unknown vocalist (just released an album with his previous band, Triumfall) was one of the main themes of ‘Instinctus Bestialis’.

Let’s say immediately: the scream of Atterigner is deep and low (closer to the Gaahl’s style) not strident and high like Pest or Hat. He made an excellent work and is one the key of album.

Left the industrial experimentation, Infernus is back to the roots. His unique guitar riffing – heavy, freezing, dissonant, hypnotizing – is the main character of the album. Gorgoroth never didn’t aim for power or speed: their greatness comes from the morbid, dark, disturbing, mesmerizing atmosphere that their music can create. A feeling so unmistakable, that becomes a trademark. A trademark that I felt precisely in this new album, like I didn’t feel from years.

For sure, you have to forgot the lo-fi sound of ‘Antichrist’ or ‘Pentagram’. Gorgoroth are grown, times has changed: would be ridiculous to play with a 50% of white noise. The production is powerful and strong, but is not fake: because Black Metal is not about guitar distortion, Black Metal is much more. It’s something beyond words, beyond any reviews, beyond any discourse, analysis or whatever. It’s something that Gorgoroth twenty years ago contributed to create and something that for Infernus is still there. It’s something that ‘Instinctus Bestialis’ release, almost slowly, in your mind. Because ‘Instinctus Bestialis’ is crude, true, direct: no filler, no intro or outro, no speaking, no sound effects, or other bullshits. Just 31 minutes of pure, satanist, classy Norwegian Black Metal.

The songs are simply great: the opener ‘Radix Malorum’ is a blast, ‘Ad Omnipotens Aeterne Diabolus’ will become a hit in the gigs (HAIL SATAN!!!), ‘Burn in His Light’ has even a guitar solo, ‘Rage’ display a melancholy flavor, ‘Kala Brahman’ is mystic and occult, ‘Awakening’ opens fast and then close the album on fading, pushing you to restart the listening again, again and again.

A must-have for every blacksters out there. The tyrants are back.