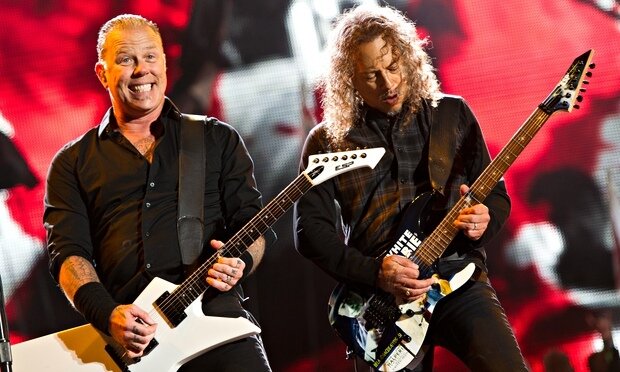 Last year we celebrated ten years of LiveMetallica.com by honoring your requests for the good old-fashioned compact disc and we pressed up all the shows from 2014’s tours in Europe, South America and Canada. Our friends in Asia jumped on board with releases from the 2013 tour and that got us thinking that perhaps we should spread the love to another part of the world and voilà, shows from the last two tours Down Under will now be available on CD!

Starting today for the next five weeks, we’ll be rolling out shows from our visits to New Zealand and Australia as part of tours in 2010 and 2013, the former during the World Magnetic tour in arenas, the latter headlining the Soundwave Festival. Each week we’ll hit you with shows from a particular city or cities starting with two nights in Christchurch and two nights in Auckland recorded in 2010. By the time we reach early April there will be 25 releases including 62 different songs. For those of you who would like each and every one, you may pre-order a box set including them all… you’ll have a custom box to store them in and of course there is that volume discount thing (!). Single show CDs are still priced at $19.81 while the box will be $395.00.

Head over to LiveMetallica.com or the Met Store to pick up the first four releases from New Zealand or to place your pre-order for the box set. We’ll keep adding to the catalog and all 2015 shows will offer the CD as an option the same time as the download is available.