Nuclear Warfare is a Thrash metal band from Germany which last year released their fourth album. Here is an interview with the vocalist and bassplayer of the band, Fritz, who answered some questions. 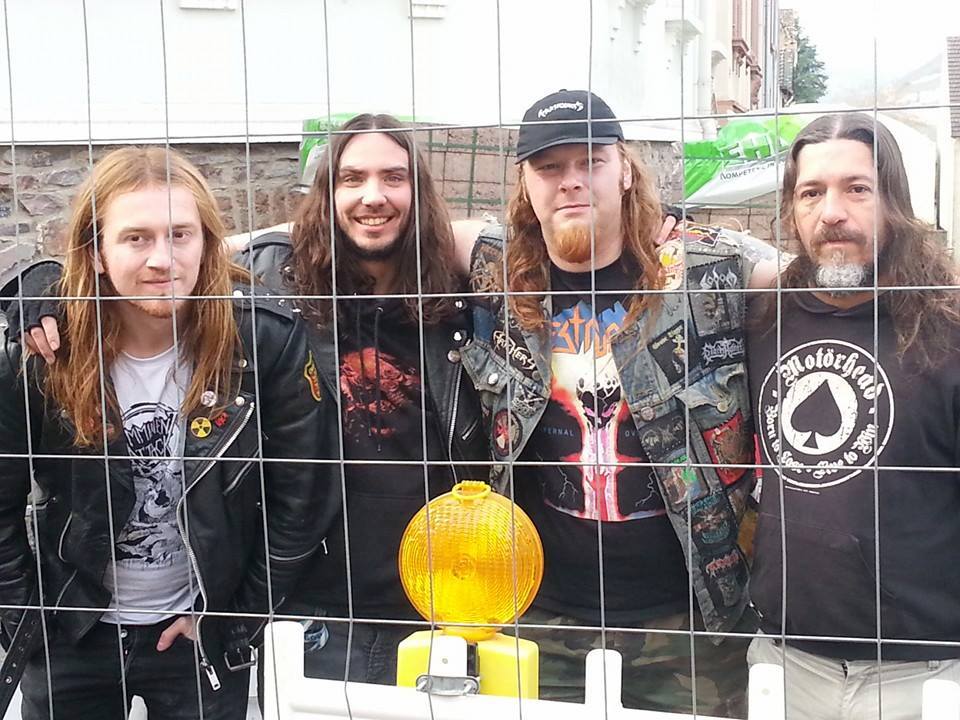 Hi Fritz, how are you?
I`m fine, we have had a great year with the band and now is summer, and the weather is perfect that was not the last few years so. Now we can sit outside in the evening and drink beer.

Tell me when Nuclear Warfare was founded.
We found the band in the end of 2001. We were young, wild and we were crazy about thrash metal and cans of beer.

The band’s debut album was released in 2004 entitled ”War Is Unleased”. How the recordings went?
We couldn`t play our instruments, and make a lot of shit because we were often drunk. The guy from the studio had a lot of work with us.

Last year you have released the 4th album ”Just Fucking Thrash”. what can you tell me about it?
We recorded the album at the Audio specialist studio in Fellbach close to Stuttgard.
Martin was a realy good guy he helped us a lot. We wrote the songs very classic in the rehearsal room, with beer and pretzels We record there 12 songs 10 of them are on the album.

Who mainly writes the lyrics?
Most of the lyrics I write them , but if another member of the band has an idea we do it, but the guys say you have to sing this shit so do the lyrics.

What can you tell me about the others band’s releases?
Our first releas was ’War Is Unleashed’’, in the begin I told you something about it second releas was ’We Come In Peace’’, the songs are longer especially Listl and I spend a lot of time to write the songs, our old singer made really sarcastic lyrics, he was very innovative at that time.
3rd release was ’’God of Aggression’’, it was bad times in the band, “Nucleator” Andy our long time singer left the band so we had to make all the things new, most of the songs were adapted to his voice. We needed 4 years to record the album.

What are the influences?
Our main influences are old Thrash Metal bands like Destruction, Kreator, Sodom, Slayer, Megadeth but we are also inspired by Judas Priest, Ramones and some old Rock and Metal bands.

Are there any shows confirmed for this year?
Yes we play next week in Slovenia and Italy and hopefully in autumn some concerts in other countries.

A message for the fans?
Drink beer and have fun, and don’t forget to rock and roll.

Thank you Fritz, cheers!
Thanks for the interview. 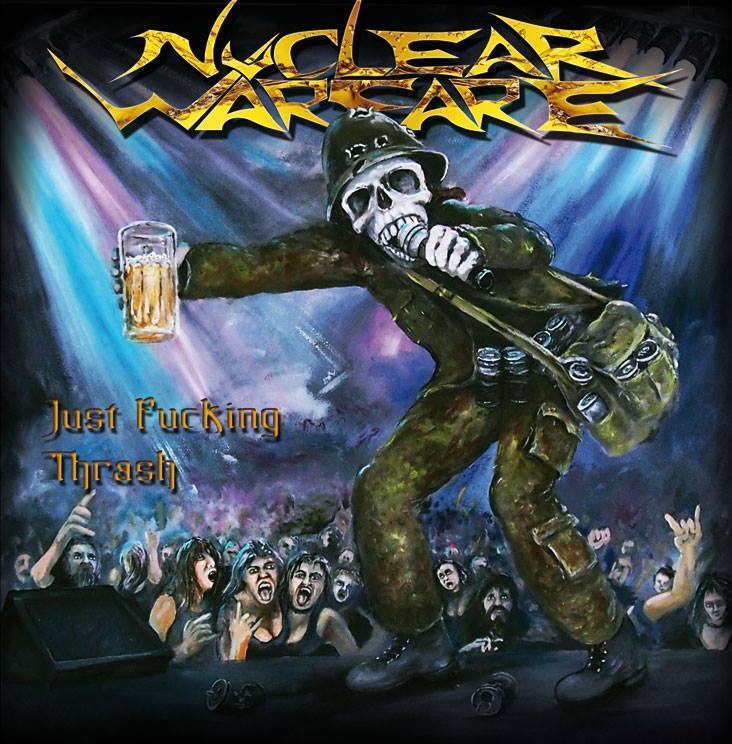