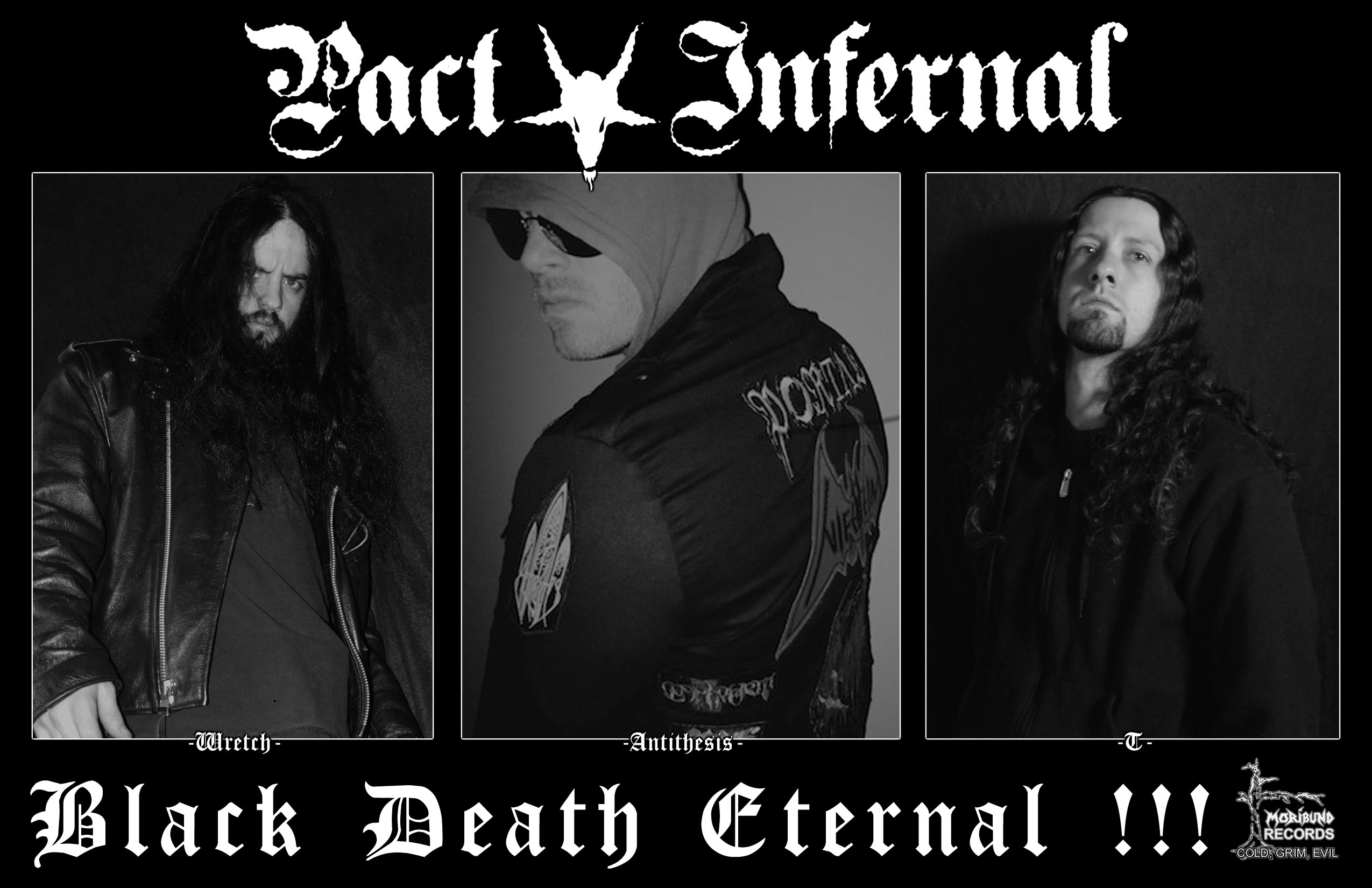 Today, Moribund Records recording artists Pact – who’ve released two critically acclaimed albums through the label, 2012’s The Dragon Lineage of Satan and this year’s The Infernal Hierarchies, Penetrating the Threshold of Night – have announced a name-change to Pact Infernal. A statement from the band reads: “Pact will now be going by the name Pact Infernal to help usher in a new era of darkness and death. Antithesis will be handling the vocal duties, and session/live guitarist Dirge has joined Wretch and T as a full member of the band. Over the next several months, Pact Infernal will be taking a break from live appearances to put all their energies into writing and recording their third album, which is now deep in the works to be released on Moribund Records. The band also promises this to be their most hate-fueled and aggressive album to date. There will be hell to pay!”
MORE INFO:
www.facebook.com/pages/PACT/222722964605519