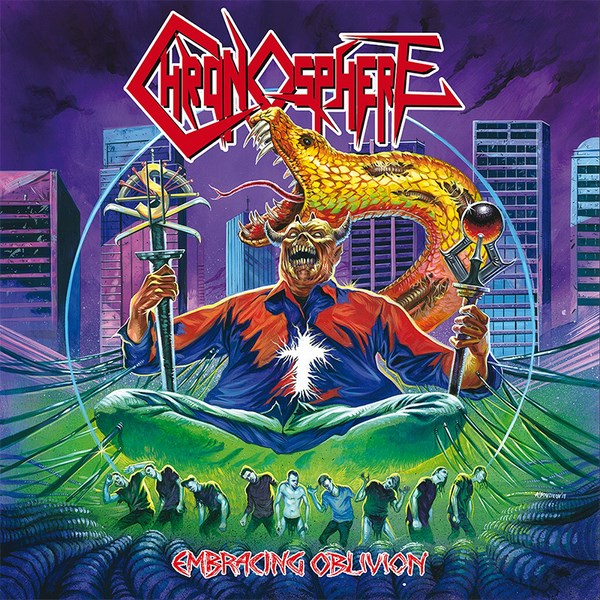 Most thrash albums begin with a guitar intro and after that all hell breaks loose. Well not in this case. As soon as you pop the cd in your player it begins with a BANG. It’s like these thrashers didn’t want to waste time blowing the listener heads off. From the first tune they keep on thrashing through the album like a train on high speed. Chronosphere is a Greek thrash metal band and Embracing Oblivion is their second release and boy do these guys know how to thrash. Force Fed Truth and Frenzied From Inside are some real catchy and awesome thrash song. You will keep banging your head through the whole songs. Herald The Uprising is very brutal with a real nice bass intro and features a guest solo from Josh Christian (Toxik). Personally I found the song City Of The Living Dead very unusual and creepy, but I love it. Most of the songs on the album deals with political issues and I love the brutal album cover. Embracing Oblivion is an aggressive thrash album with nicely done vocals and insane guitar solos that fans of the genre should check out.