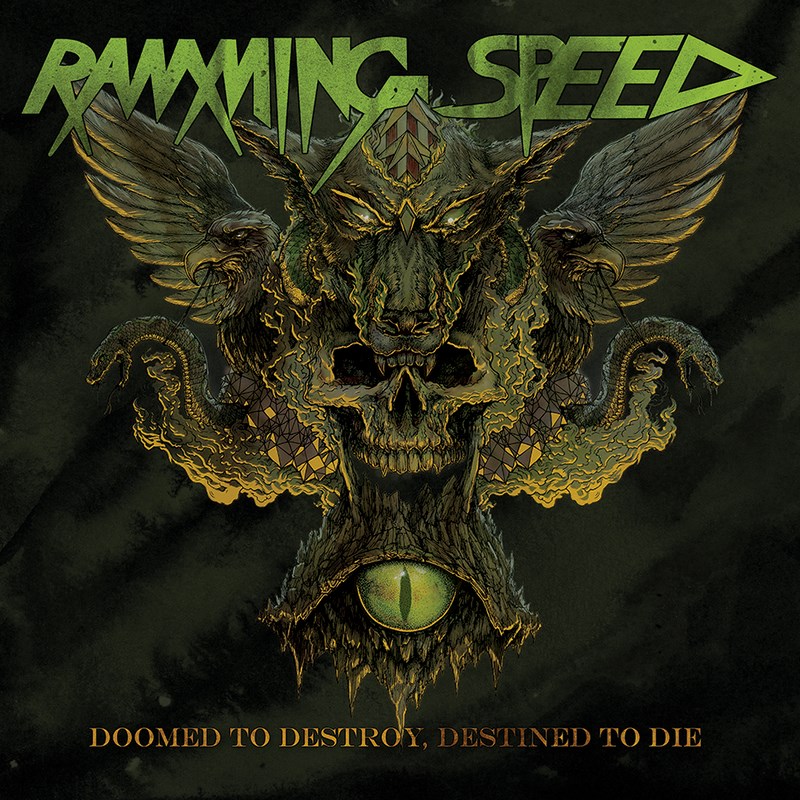 Prepare to be Destroyed by Ramming Speed second album!! Ramming Speed plays a mix of  thrash, grindcore, punk mixed with a blend of d-beat hardcore. These is not an easy task because most bands cannot even do a good job on mixing death/thrash in their songs or even worse most bands cannot even do melodic death metal right that the songs end up  sounding  gay. But these guys mix the genres with such finesse in their songs that it sounds so natural and really awesome. Each song goes from thrash to grind to punk to grind to trash to d-beat to grind etc and it so well done that these guys might have created a new hybrid of metal. The album cover is amazing and most song on the record are about society and political issues. Each member gives 110% on this record. Riffs and solos are flying everywhere during the songs. The drumming is very energetic that after each song the drummer should take a 10 minute break. I really love the vocals of Pete Gallagher, he screams like crazy during the songs especially during the song ” The Rhetoric of Hate and Other Examples of Wildly Unchecked Ignorance”. What a brutal and crazy song that turned out to be and it is shorter than the long song title. “Extinction Event” is another crazy song with melodic solos and blistering drumming. “Gorgon’s Eye” is so insane that it’s over before you even know it. The song “Hollow Giants” is the longest song on the record and it is very slow that it becomes tedious to listen to. Other than that uninteresting song this is a solid record for fans of thrash, grind and hardcore. You will be floored by this album!!!