Joey Castillo – an American drummer. He is best known for his ten-year tenure in the hard rock band Queens of the Stone Age, from 2002 to 2012. Castillo has also been a member of Danzig, Eagles of Death Metal and California Breed.

Castillo joined Queens of the Stone Age in 2002, following the departure of temporary drummer Dave Grohl. Castillo remained within the band for over ten years, recording two studio albums, Lullabies to Paralyze (2005) and Era Vulgaris (2007), before being asked to leave (unsubstantiated) by founding member Josh Homme during the recording of the band’s sixth studio album, …Like Clockwork (2013).[citation needed]. In August 2014, Castillo joined the band California Breed replacing founding member Jason Bonham after he left the group citing “professional commitments” as his reason for departure. 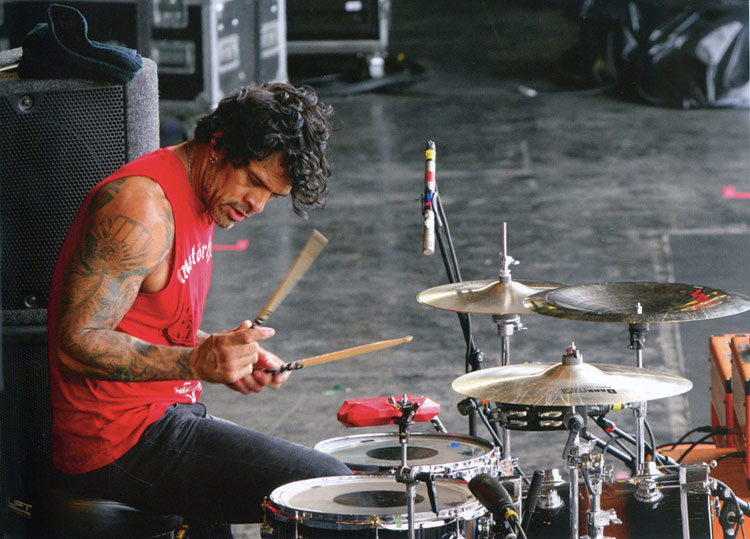