Udo Dirkschneider – German heavy metal singer who is best known as the vocalist in German heavy metal band Accept and later U.D.O. After leaving Accept in 1987, Dirkschneider formed the band U.D.O..He has since reunited with Accept on occasion. Recently, Dirkschneider made a guest appearance on Eurovision Song Contest winner Lordi’s 2006 album, The Arockalypse. Mr Lordi claims both “Don’t Look Back” and “Blitz of Lightning” by U.D.O. as songs that changed his life in a Kerrang! magazine article. He also makes a guest appearance in the music video for the song “Shtil (Штиль)” by Russian heavy metal band Aria. Dirkschneider recorded lead vocals with NWOBHM-band Raven on their cover of “Born to Be Wild” on a 1983 single release. The song also appeared as B-side on “Break the Chain” from their album All for One. He is also famous for his duet rock ballad with Doro Pesch, “Dancing with an Angel”. During Wacken 2008, he performed “They Only Come Out at Night” live with Lordi. The character Dark Schneider in the Japanese manga and anime series Bastard!! is named after Dirkschneider. His son, Sven, currently plays in the band Damaged, who recently supported U.D.O. on tour. Sven has also announced of his joining to Udo’s group in 2015. 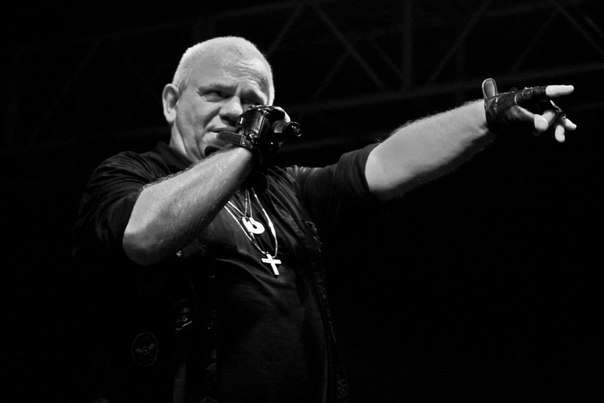