Darkened Nocturn Slaughtercult’s side on this split was doomed to be left in the shadows when it went up against Donkelheet. Being what they are, a mysterious Luxembourgian black metal band releasing two handfuls of demos, one more difficult for the mortal hand to obtain than the other. With a reputation shrouded in rumours and speculation not much is concrete about them.

They formed in the early nineties under the name Frost which changed to Kingdom of Darkness and was later shortened to Darkness before they finally settled on Donkelheet (Luxembourgish for darkness). The driving force of the band can be assumed to have been vocalist and guitarist Doudesgaard (lit. death’s guard) but the bands members seems to have been made up of a group of people who were involved and aided each other in various different projects.

Looking through their catalogue you’ll find – as previously mentioned – a great number of demos and even a two part compilation as well as something categorised as an EP. And even though they have released so much material it’s a futile task to hunt any of it down. Reading through forums I’ve found stories of people knowing someone who owns one of these albums but the owners themselves are never present to confirm their existence. Suspicion increases when you hear rumours of their entire discography being fictional. Other stories – which seem more based in truth – tell you that existing rips of their demos are actually of a completely different band from South America.

If it wasn’t for Donkelheet’s final split album the band’s existence could have been a much more valid topic for discussion. But this album does very much exist, we no longer rely on gossip or dubious rips to confirm it. The album was released by the now closed Italian label Black Blood Production in 2003 limited to 666 hand numbered copies. It included an inlay card with a message of which I unfortunately haven’t been able to find a transcript. One forum user summarises it to that it tells about how many demos were recorded and that they were exclusively shared with select members of the scene only.

I found out about Donkelheet whilst browsing for DSBM suggestions a couple of years ago and one user was recommending Emptyness:

‘It’s just one song on their side, but there are times when I’ll just keep moving the needle back, and I’ll end up listening to it for an hour or so. It gets under my skin.’

Being particularly drawn to the eerie feeling of black metal I was intrigued. I immediately looked it up and from the second I heard the sound of the first note from the guitar resonate in what sounds like a dark, cold and decayed hall I became obsessed with it. It just something absolutely extraordinary about the atmosphere on this song. The drums are very deep in the mix and played in an ever repeating pattern throughout the song being the foundation of the dense and gloomy atmosphere. The guitars plays a number of variations of the same chords and utilises the reverb to its fullest potential during the intro and middle piece. The vocals are distinctively black metal and as cold as anything else here, they are one the raspy side and the words are not articulated to the point where they are individually distinguishable.

What differentiates this song from other black metal is its blend of doom metal. The tempo is slow and creeping, the melodies are drawn out and the soundstage is immense and monumental. There is a bit of a paradox with this song, I would really like to read the lyrics to it. My mind imagines something bleak and occult, something with wisdom that is old and forgotten. This could as well be the complete opposite, the lyrics could be just any generic self-repeating, darkness worshipping nonsense. By not knowing and instead having all available context to interpret yourself you build an illusion of what subjects the song deals with. This is – when done right – a very effective way to get the listeners fantasy going. And when listener is free to interpret it – it will always be tailored to their exact preference.

Now there is another layer to this history that I feel the need to address. During the course of the bands existence two members allegedly took their own lives. I want to tie these events to this song because of reasons which I will explain. This was the last release by Donkelheet and it came out in 2003. It is likely that it was recorded some time before. One of the members passed in 2000 and they could possibly have written and even recorded some parts of the song. This – to me – makes some degree of sense as to why the project ceased to exist after this. That the rest of the band members could have felt like this was a suitable end to the band, a release unofficially dedicated to those who had passed during the duration of the band. I don’t enjoy speculating too much, especially when lives has been lost but to me it makes sense and I want to add that I have profound respect for what they have contributed to the scene.

One last note, I contacted Darkened Nocturn Slaughtercult to see if they had any interest in reissuing this split album and their response was:

‘No, this split is definitely sealed.’ 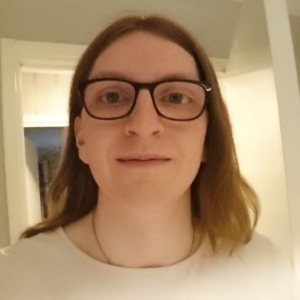 Nerthus
I am a Swedish metal enthusiast focusing on anything that is black(ened).

Latest posts by Nerthus (see all)