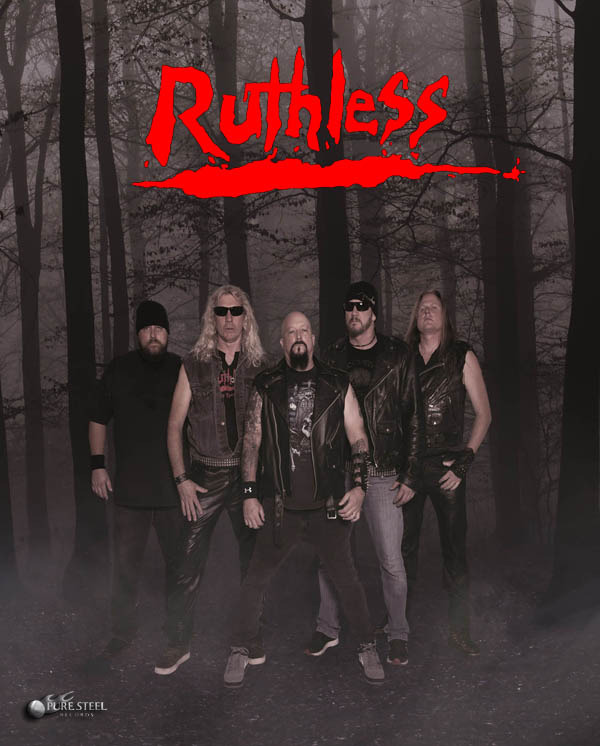 The release date of the RUTHLESS album “They Rise” on vinyl is May 22nd, 2015. The limited vinyl edition consists 250 pieces (black) and printed insert. The preorder phase will start on May 8th, 2015 in our webshop.

With their EP „Metal Without Mercy“ (1984) and the album „Discipline Of Steel“ from 1986 RUTHLESS from L.A. got a special place in the hearts of all US Metal fans. Since 1990, the Californians were on hiatus for almost 20 years. The revival took place at Keep It True in 2009. Five years later we’re finally proud to announce the first studio album after almost 30 years.

After the CD release in January follows the album “They Rise” in a limited edition of 250 black copies with printed insert on vinyl.

With „They Rise“ the quartet stick back to their their roots: Classical, straight-forward and sometimes aggressive US Metal, powered by a tight rhythm-section, thundering doublebass and great, thundering riffing. Original frontman Sammy DeJohn meanwhile sings with a higher voice than known before, but still delivers the aggression of the good, old days. Additionally to the nine new songs we put the whole „Metal Without Mercy“-EP on the album as bonus. With classics like „Gates Of Hell“ and „Metal Without Mercy“ every real Metalhead will be completely satisfied.

RUTHLESS is back in their old strength; the cult is still alive!