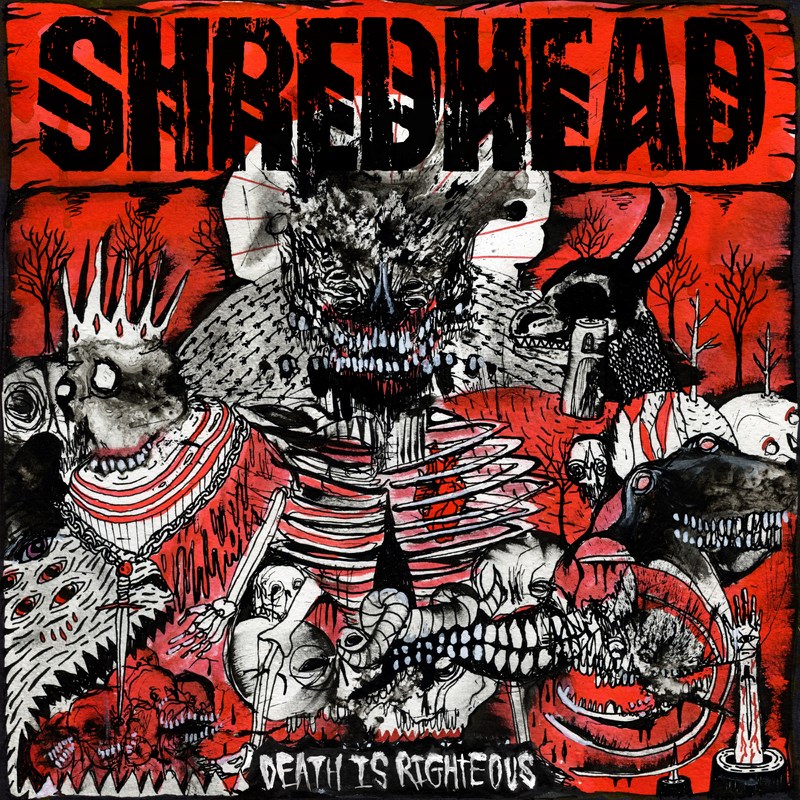 “Death is Righteous” is the second release from the Israeli band Shredhead. I never heard from these guys before, but I am surprised and pleased on what they delivered on this release. Shredhead plays death/thrash with a lot of groove and the songs are catchy as hell!!! What I also found remarkable about this band is that they sound like an American band. Actually a lot of American bands wished they could sound as deadly as these guys. Tue Madsen did a wonderful job on mixing and mastering this album making it sound like the band is playing in front of you and beating you in a bloody pulp. The vocalist, Aharon Ragoza is unbelievably aggressive and remind me a lot of Phil Anselmo(Pantera) especially during the melodic parts of the songs. The drummer blasts furiously through the songs with a lot of interesting fills. The guitar work is 100 percent straightforward thrash madness with a lot of amazing solos and riffs. Personally I like the flow of the songs with tempo changes and unique ideas worked in each song. The cover of the album is a real work of art and I don’t know what the hell is going on in the painting or what the meaning is behind it, but it is really awesome. This is a good and nasty death/thrash album that fans of both genres should sink their teeth into.