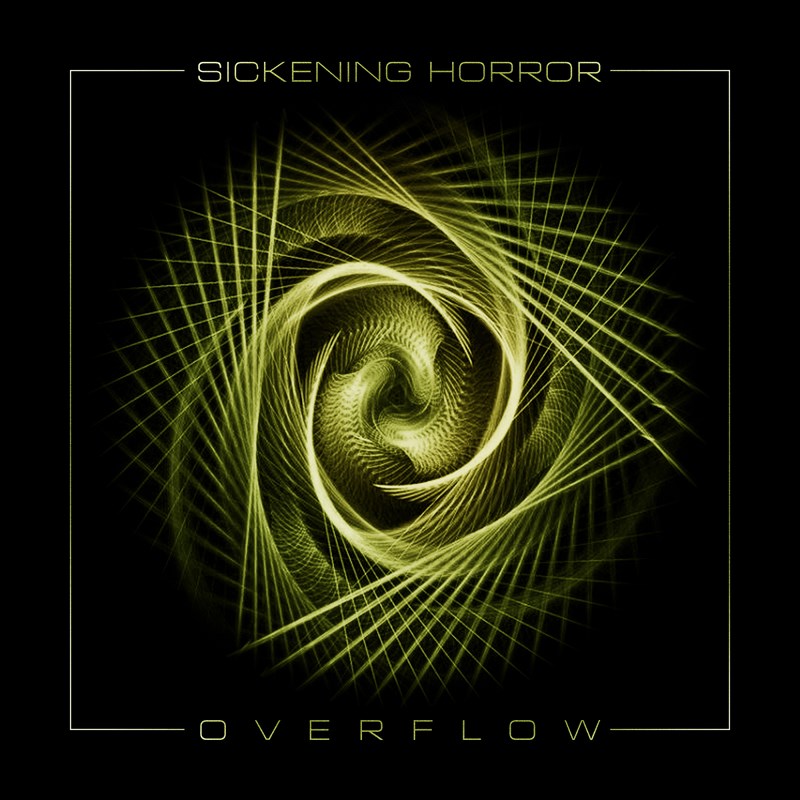 It is such a shame that Sickening Horror new record doesn’t get the attention it deserve, because this is truly a mind bending release. Sickening Horror is a Greek progressive death metal band and “Overflow” is their third release.  As soon as the first song begins playing you will be hooked on the music or to be exact Sickening Horror has you in their grasp like a puppet until the last song. Most of the songs are mid-tempo that has strange twist and turns with melodies that slowly moves like snakes and drowns you in the abyss. Let me try to explain exactly what the music does to you. Imagine your spine is like the triangle on the cover that slowly and painfully gets twisted by the music. Occasional during some songs things get out of hand and chaotic before slowing down and continuing with the torture. Sickening Horror really took their times for crafting some sick tunes for their third release. The songs are highly structured with memorable melodies and solos. The drumming is clean and simple with raw double-bass that adds a lot of groove to the songs. I love how the bassist does some strange and wicked playing during the songs. There are a few moments during some songs; “The Day The Worms Became Kings”, “Red Pill Initiation” and “Versus Entropia” that have a frightening sounding classical piano in it that gives more effect and makes the songs darker. The piano is beautiful and perfectly executed at the right moment during the songs. What we have here is not your typical death metal. Sickening Horror delivered a unique and complex album with philosophical lyrics that is easy to listen to.