Please introduce yourself.
We are Silvaticus, a five-piece metal band based mostly in the vicinity of the North Sea.

When your band was created?
Officially, January 1st 2014 after several weeks of chat.

What the style do you play?
It’s heavy metal – mostly.

How could you describe your music by several words?
A distillate of everything that ever has and continues to influence us. Nods to the old school, nods to thrash, nods to hardcore.

What is the main theme of your lyrics?
Lyrically, we’ll tackle anything but generally, simply opening a newspaper will provide all the ingredients we need.

What would you like to achieve with the band activity?
We’re looking to get the songs out to the world and hopefully get the chance to get together again to record the sequel. And then the third one. And then the fourth …

How many gigs you have played so far and maybe you visit another countries with concerts?
We are primarily a recording band (geography largely makes that a necessity). Long tours are probably out of the question but we’re open to the idea of one-off appearances at festivals, etc.

Is there anything very important about your band what SHOULD know fans and labels?
Silvaticus springs from the long-cold ashes of Hydra Vein, the UK thrash metal band. Three of the five band members recorded that band’s second album.

What the formats you would like to see your releases, CD, Vinyl, Tape…? And how do you see future of physical releases?
The album is available in digital format at the moment but we are actively looking for a partner willing and able to produce (limited edition) releases both on full-length vinyl and CD (we have masters available for both). The future of physical releases is a little uncertain but I believe – ultimately – music fans and collectors will simply need to have the songs they love available on something they can hold and cherish. But I may be a naïve fool.

When you will get label deal, would you like to help to the label with promotion from your side, or you want label do all without your help?
We’re always happy to do what needs doing if somebody wants us to do it.

What’s your reaction towards negative opinions about your music?
I honestly couldn’t give a damn. Nobody has to like what we do. Obviously, I’d prefer it if people did like it but tastes differ, I write purely for myself and some people won’t be on that same wavelength. It’d be nice if they were at least polite about it, though.

And last question, how do you like our webzine, do you have some remarks towards its look or functionality?
I like the webzine. I particularly like the fact you’re looking to promote lesser-known bands (but I would say that, wouldn’t I?). Keep it going, please.
https://www.facebook.com/SilvaticusMetal 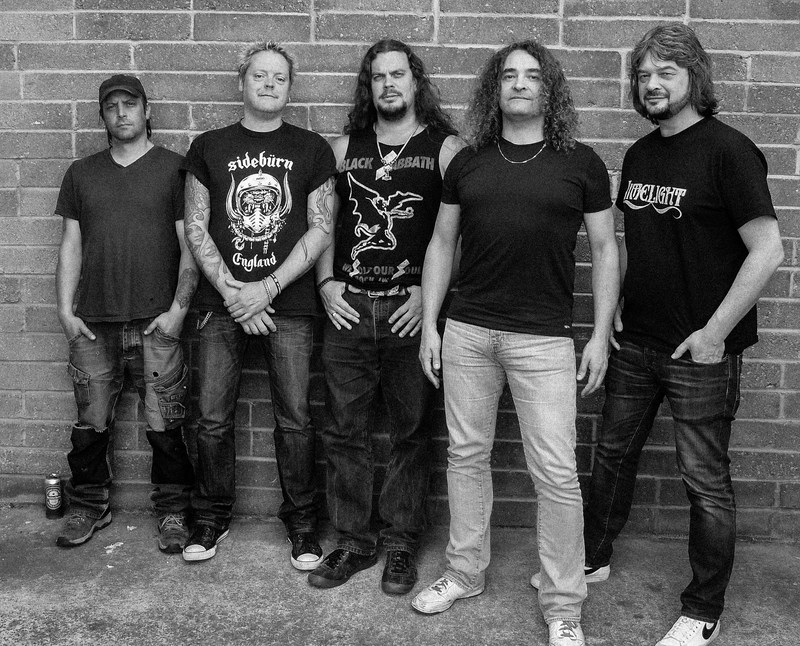 2013 was coming to an end: the year that marked the 25th anniversary of the recording and release of Hydra Vein’s debut album “Rather Death than False of Faith”.

With the surviving band members in contact once again, random discussions inevitably turned to the idea of working together once more. Perhaps: maybe sometime in the future, possibly.

Well, the future is now. Brothers Nathan and Damon Maddison, together with guitarist Paul Bate, are back with Silvaticus. Bate’s old Plan A compadre Jef Streatfield has been coaxed into the fold on lead guitar and the line-up is completed by vocalist James Manley-Bird.

Recorded and mixed during 2014, Silvaticus isn’t about re-treading old ground and certainly isn’t a case of “Hydra Vein” under another name.

Instead, the debut album sees the band draw on a rich list of influences to produce what they are proud to call a heavy metal record. No pigeon holes, no sub-genres, no pretense. It’s a heavy metal album. And a good one.