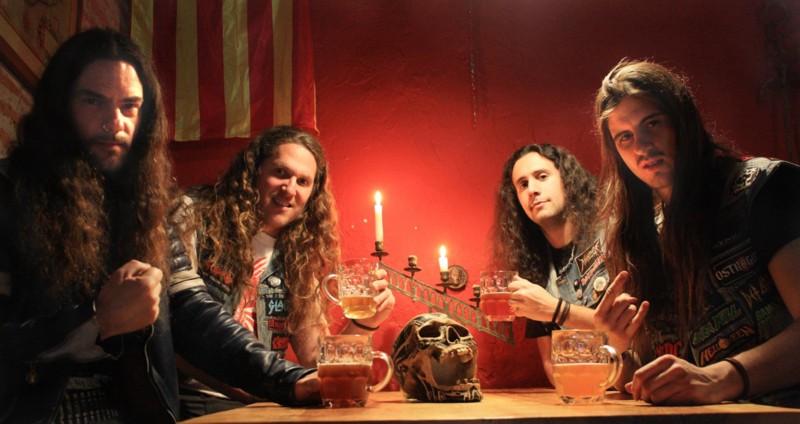 Inferno records official statement:
We’re really PROUD & excited to announce you the new band signed to the label! Yes, we agree we don’t have much FRENCH bands on the roster so far, but THAT one is so unbelievable we could NOT miss it!
We’ve been really impressed by this young band formed in 2012 and their abilities in delivering this awesome dose of OLD-SCHOOL Heavy-Metal in the perfect 80’s french heavy-metal tradition – especially due to the fact they sing in FRENCH of course! But NOT only, since musically, this is HIGHLY recommended for any fans worhipping early IRON MAIDEN, MERCYFUL FATE, VENOM, ADX, SORTILEGE to name afew bands.
TENTATION is the name of the band and the line-up consists of Patrice (Vocals), Guix (Bass), Guillaume (Guitars) et Laurent (Drums).
The band is currently finishing working on their new & first release, a mini-album made of 6 songs that will include a cover of french heroes H-BOMB (“Double-Bang”).
CD and cassette version will be released thru INFERNO Records.
A vinyl version will be also available thru french label IMPIOUS DESECRATION Records.

From now on, you can also listen to a first song “L’Epreuve Du Sang”: