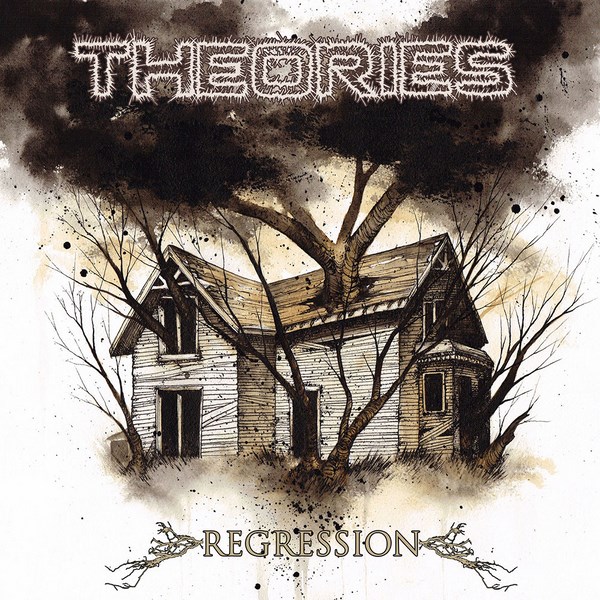 Don’t be fooled by the album cover from Theories first record. This is grindcore at its best!!! I was looking at the cover and thought to myself, this looks like a cover for an alternative band or a shoegaze band. But as soon as I placed the cd in my player and pressed play these guy’s kept on grinding from the first tune to the last. The songs are very energetic and extreme and before you know it the record is over. Theories is a new grindcore band from Seattle and “Regression” is their debut album. For a debut these guys went all out extreme. The vocalist screams his lungs out and there is  good balance between heavy growling and shrieking vocals. The guitar playing is violent and tight. The drumming is so insane that it feels like he is battering someone’s face in the ground. What makes Theories standout from other death/grind bands is the level of musicianship and the way they composed the songs. The songs are well constructed in detail that the album doesn’t get predictable. “Regression” is one of the most aggressive albums released this year with intent to destroy everything in its path!!!